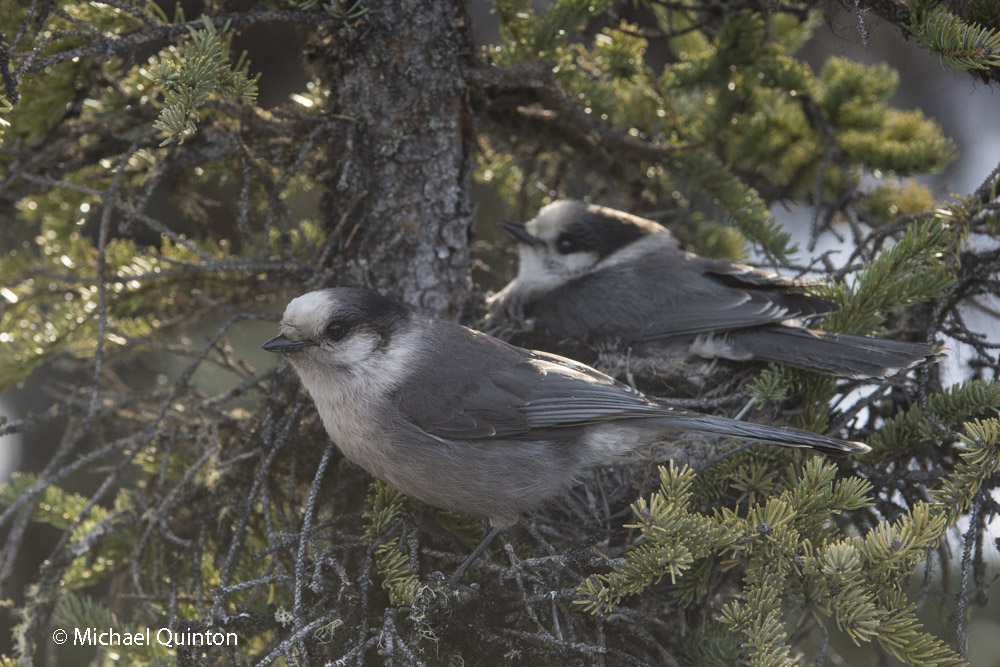 A pair of gray jays have finished their nest by early April.

I first saw the gray jays as they flew across the road in front of me.  They both carried loads of building materials in their bills.  The next day I went searching for their nest.  It was rather easy to find as they were both busy with construction.  The nest was about twenty feet high in a medium-sized black spruce.  They had completed a loose bowl of dry spruce twigs and were currently engaged with stuffing this framework with insulation.  The pair gathered black, grizzly hair lichens as well as spruce grouse feathers.  But their most prized finds were the long soft plumes of the northern hawk owl.  After delivering a load of insulation, the birds would hop into the nest and push with bills and feet as they rotated around in the nest, fitting and forming it to just the right shape. 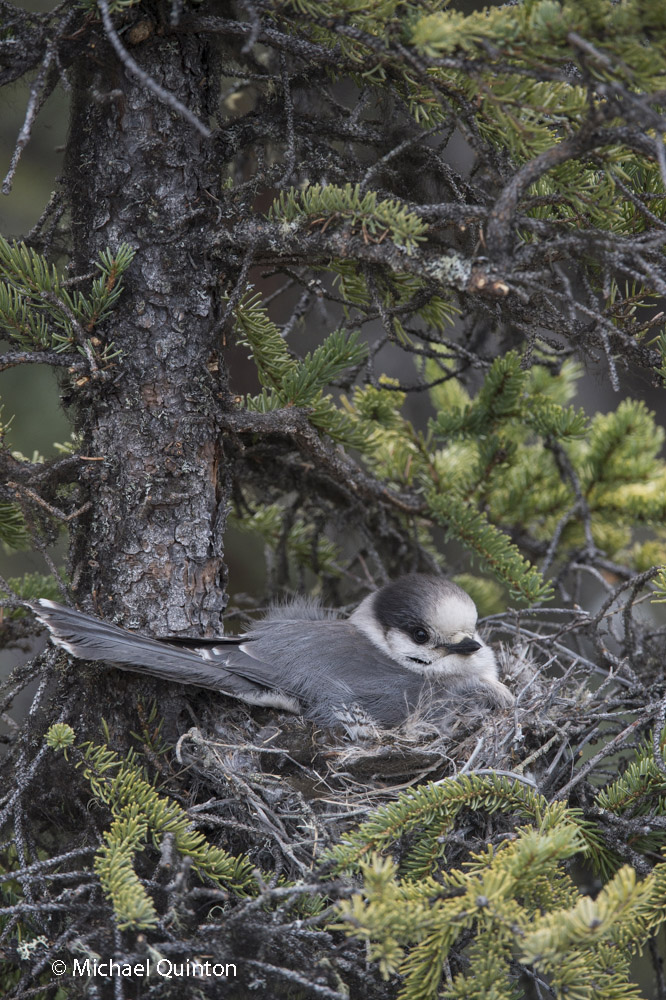 The female begins sitting on the nest and a week later her clutch of spotted eggs is complete.  The pair is quiet at the nest site and does not attract attention of those nest raiders, magpies and ravens.  When a red squirrel was spotted nearby it was dive-bombed by the male gray jay and driven away. 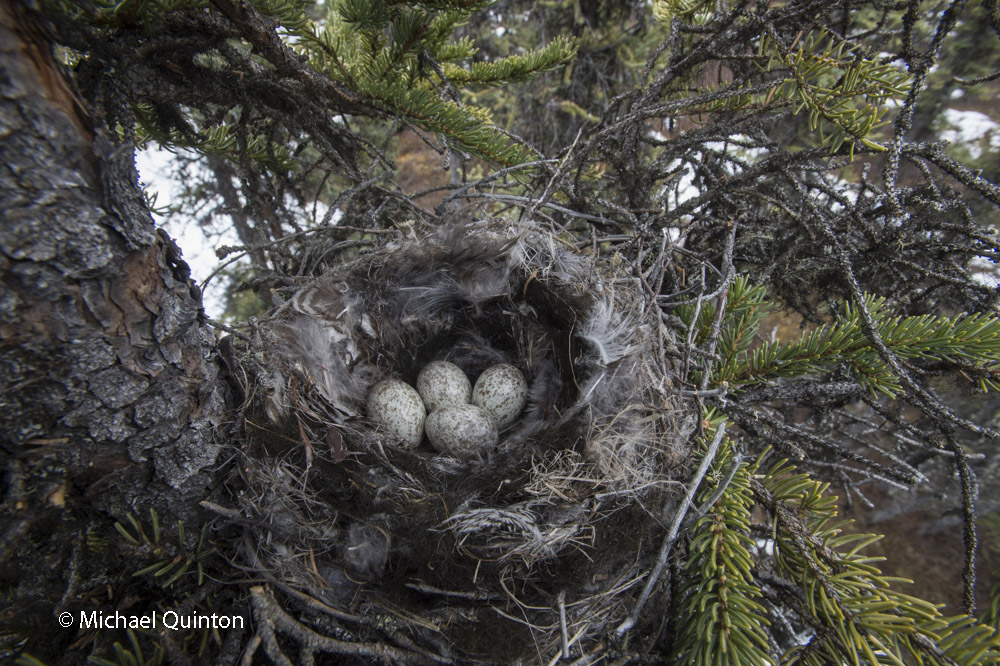 For nearly three weeks the female incubated her four eggs.  A few times a day she will leave the nest but only for a few minutes, perhaps to drink. 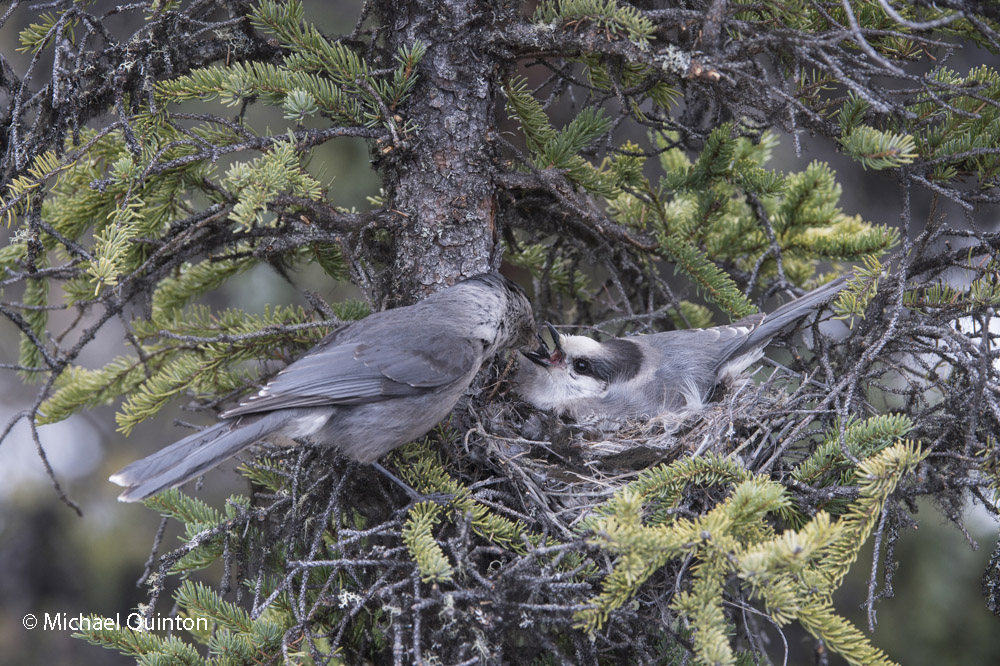 The male gray jay shows up at the nest about once an hour or so to feed his mate.

Laying eggs is an energy drain and the female spends hours sleeping. 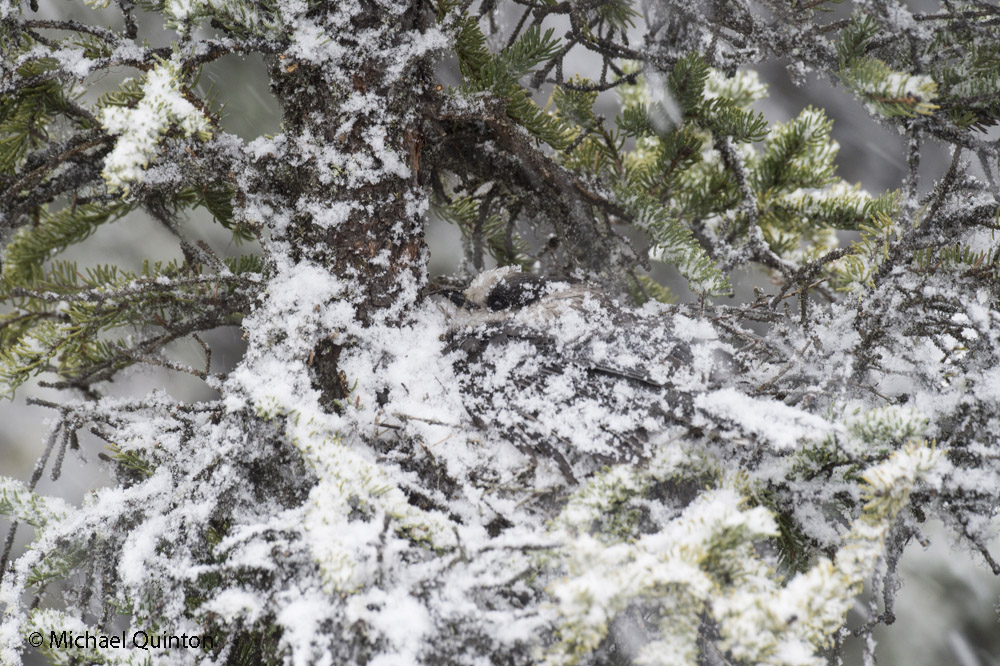 Early nesting grays jays  must be able to handle cold, wet conditions in their Alaskan habitat. 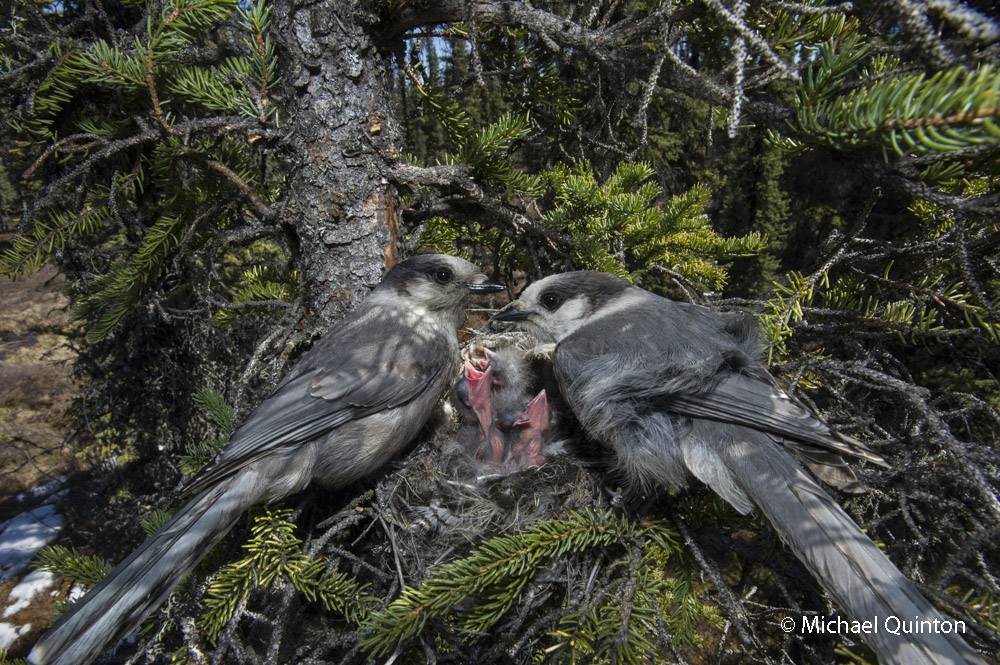 Both adults help feed the quickly growing gray jay chicks.  Gray jays store amazing amounts of food including carrion and I wondered if they would feed their cached supplies to their chicks.  But Instead they foraged the ground for insects and larva, much better food for the new chicks. 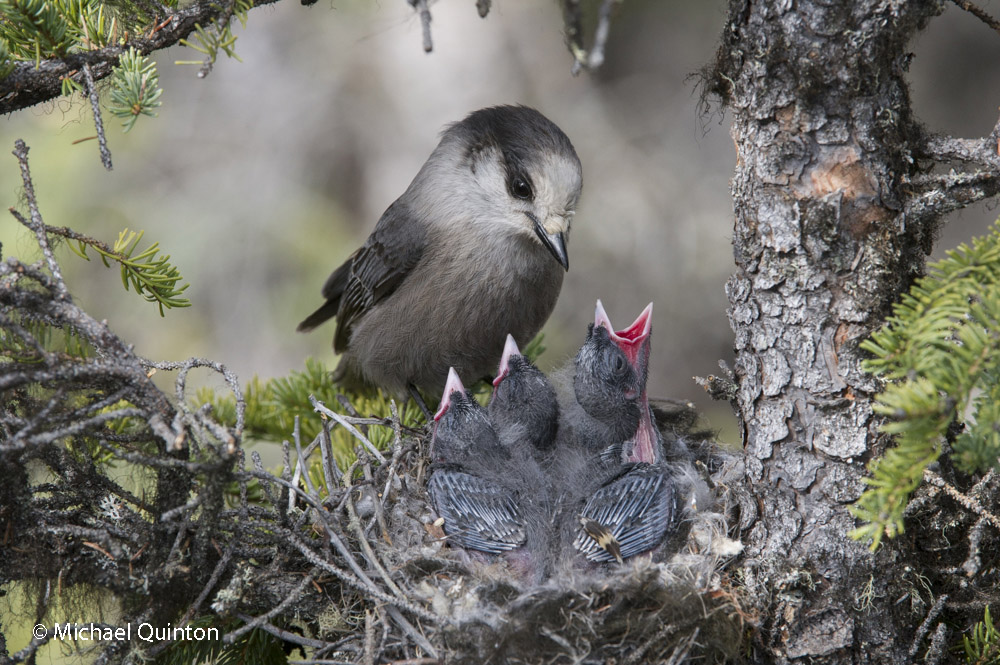 As the chicks grew the gray jays cached stores of carrion became more important.  And it quickly became apparent that the nest would never hold four growing chicks for long. By the time the chicks were about two weeks old, they jostle for the best position at the nest. I witnessed deliberate attempts by the larger chicks to force their smaller siblings out.  One morning there were just two chicks left in the nest.  Below the nest on the ground were the missing chicks, both dead.  From human eyes, a tragic event.  But for nature, another one of those mysteries of survival.

Come July of this year the name of the gray jay will change once again.  They will  officially be known as the Canada jay.  And like camp robber and whiskey jack, gray jay will be just another nickname used to describe this gray-colored jay of the northern forests.

One thought on “GRAY JAY”