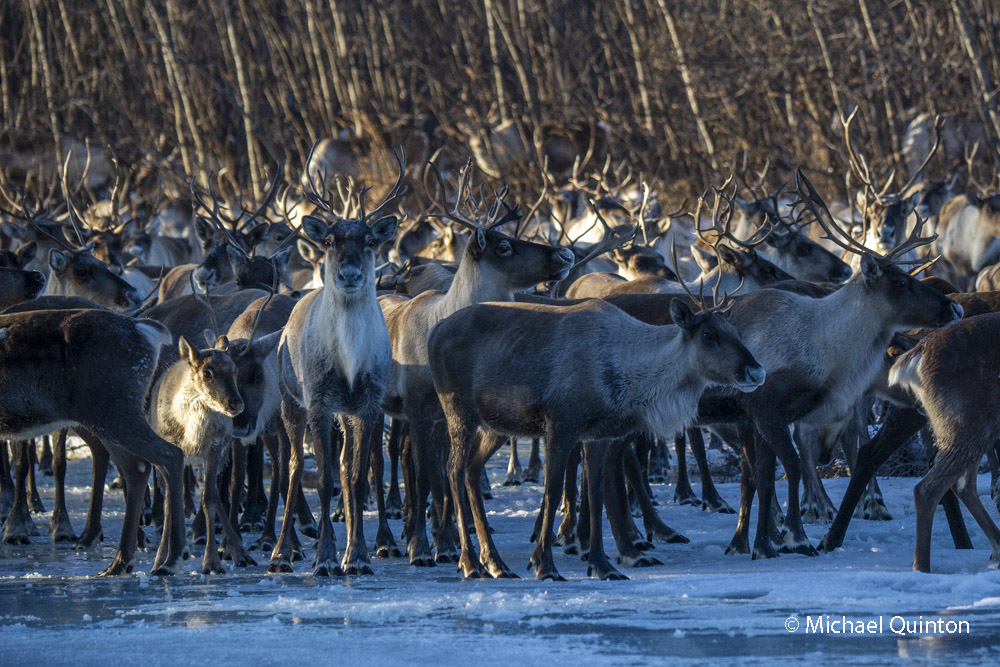 For two weeks I’d waited along this frozen river in the hopes of photographing the semi-annual caribou migration.   Altogether I saw about two hundred caribou, a mere trickle compared to some years.  One large group (above) had close to one hundred fifty caribou and the remaining stragglers were in pairs or small groups.  The bulk had passed to the west of here earlier. 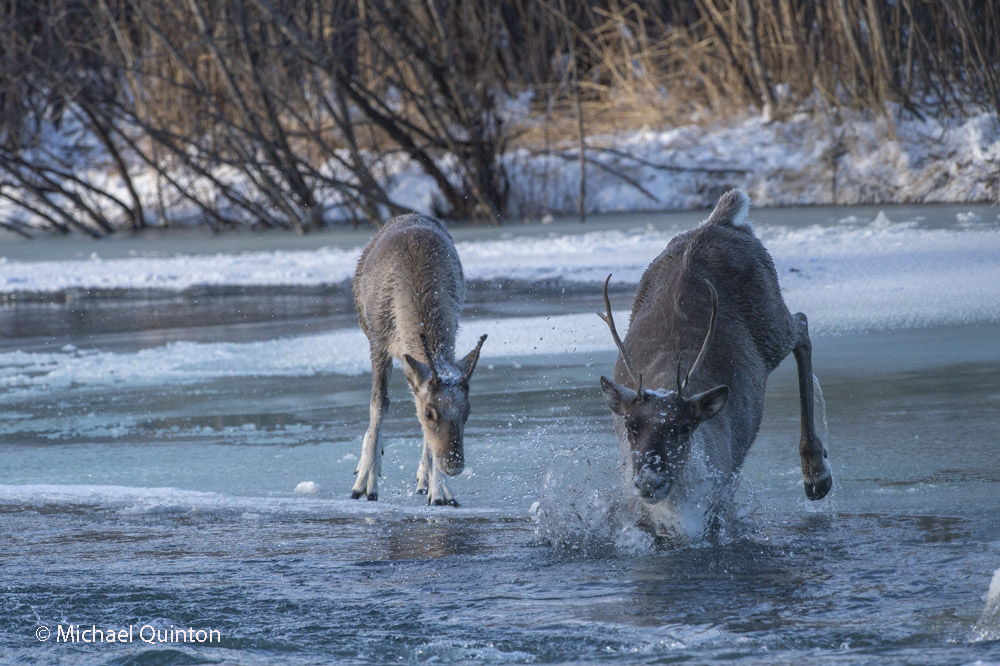 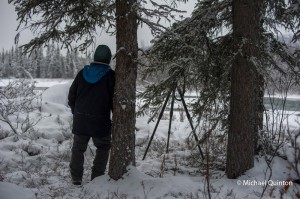 I knew from past migrations that the freezing rivers naturally funnel the caribou to this big bend in the Copper River Basin.   The river, frozen on both sides, was still open in most places down the middle.  I had located four  likely places on the big bend where caribou had crossed, places with enough cover for a photo ambush.  I moved between my ambush points to stay warm and pack down the trail between them so I could quickly move from one to another.  On most days I saw no caribou.  Though painfully slow, action could come at any moment. 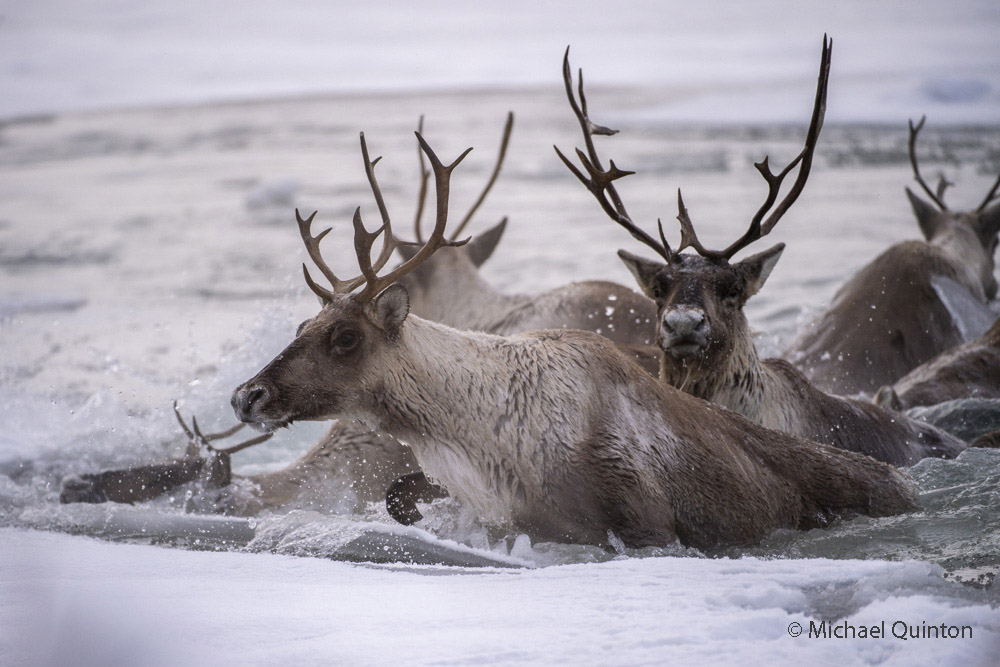 And when caribou are suddenly bearing down on my hide, I start forgetting things.  Things like warm cabin and cold feet.  And exactly, what is it I’m supposed to be doing with the camera?   Luckily symptoms of buck fever are temporary. 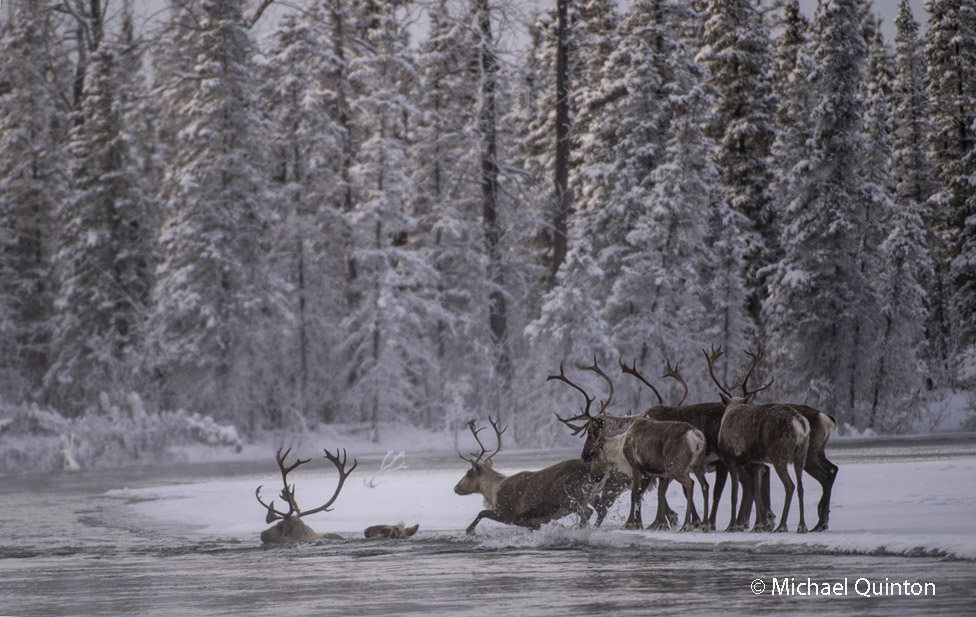 Of course more often than not the caribou would decide to cross where I wasn’t.  With tripod and camera over my shoulder I hurried down my trail trying to stay in camera range.  Out of time and breath, I planted the tripod like a mono-pod into the snow and clicked away as they plunged in and swam across. 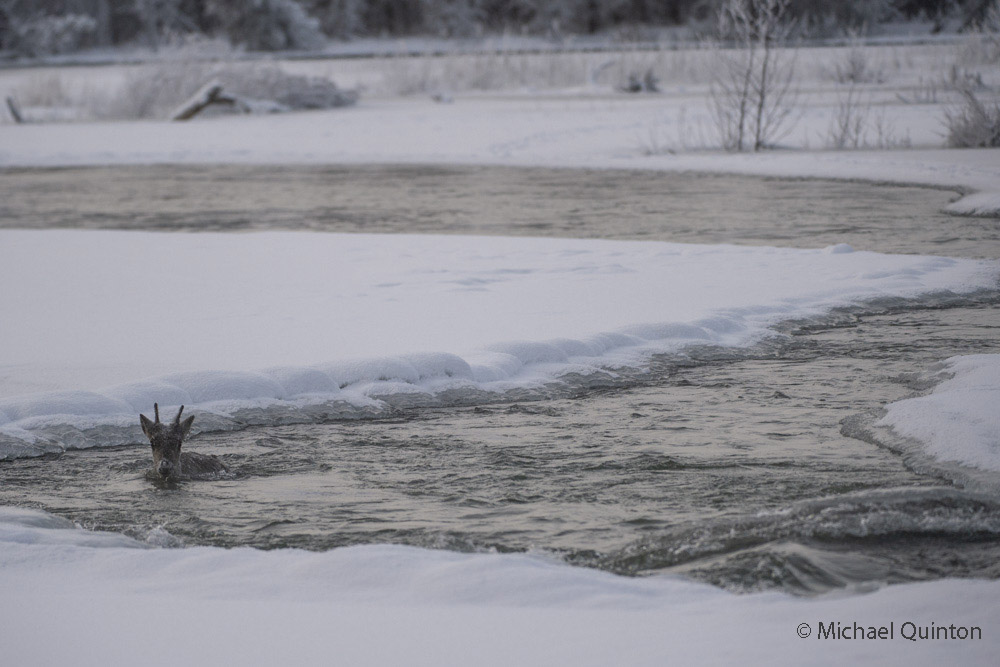 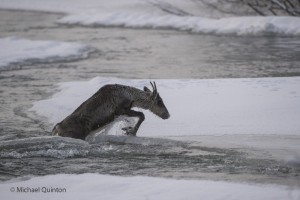 When I first noticed the caribou calf, it was in the river being carried past me by the current.   He managed to climb onto an ice island in the middle of the river.  After a couple of minutes he struggled to stand. Even though exhausted, the six month old calf,  separated from his mom and in maximum migration mode, was pressed by the urge to keep going.  Walking to the edge of the ice he stepped in with a plop and swam across the ten feet of open water but did not attempt to climb out.  Instead he turned back to the island, climbed out, laid down and curled up.   I stayed hidden knowing if he saw me now he might panic. The calf was in trouble and travel would wait.   A rest and recharge now could only help tip the balance in his favor.  Half an hour later the six month-old calf was still asleep on the ice.  As I slowly moved away and headed home, I had a hunch this young caribou was a survivor. 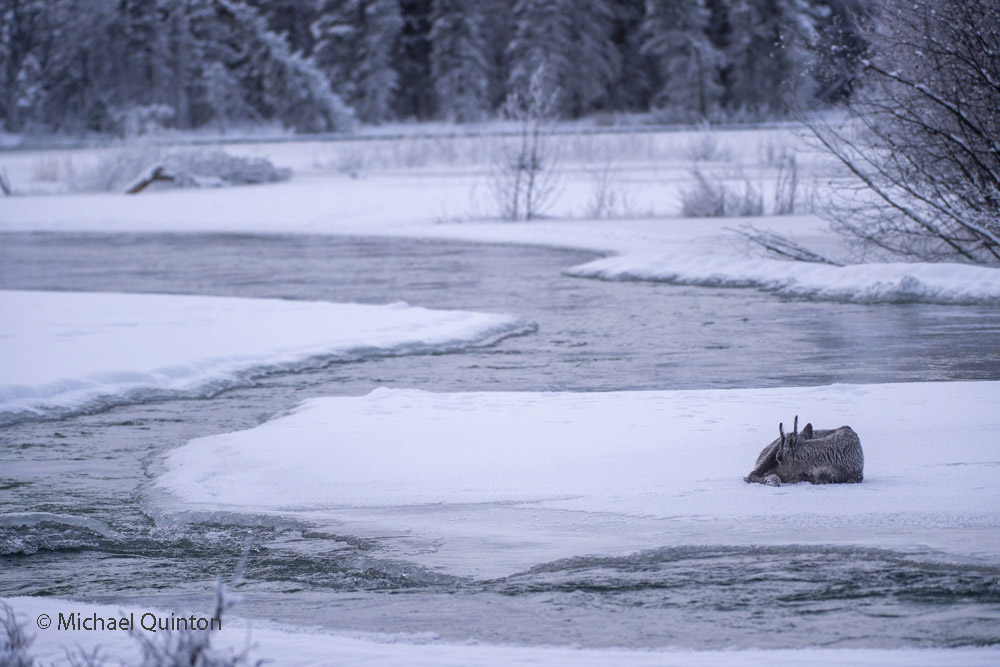