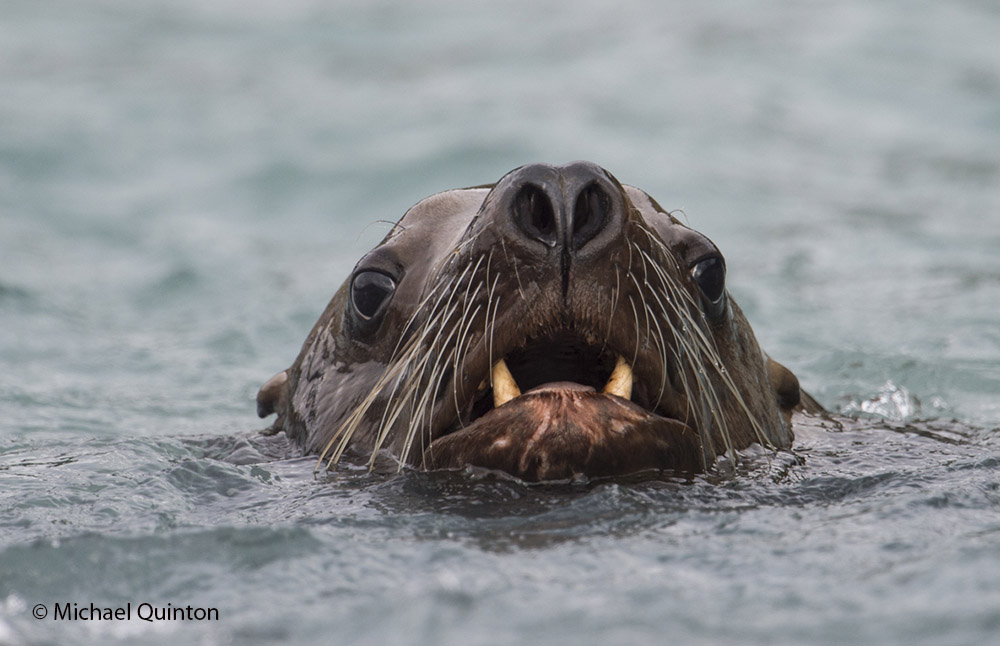 Adult, male Steller’s sea lion on the prowl in Prince William Sound.  Pink salmon, the most numerous of Alaska’s five species of salmon are schooling by the thousands just offshore.  The pink salmon returning to their freshwater spawning streams are dogged by a gauntlet of predators including, harbor seals, bald eagles, killer whales and sea otters as well as Steller’s sea lions. 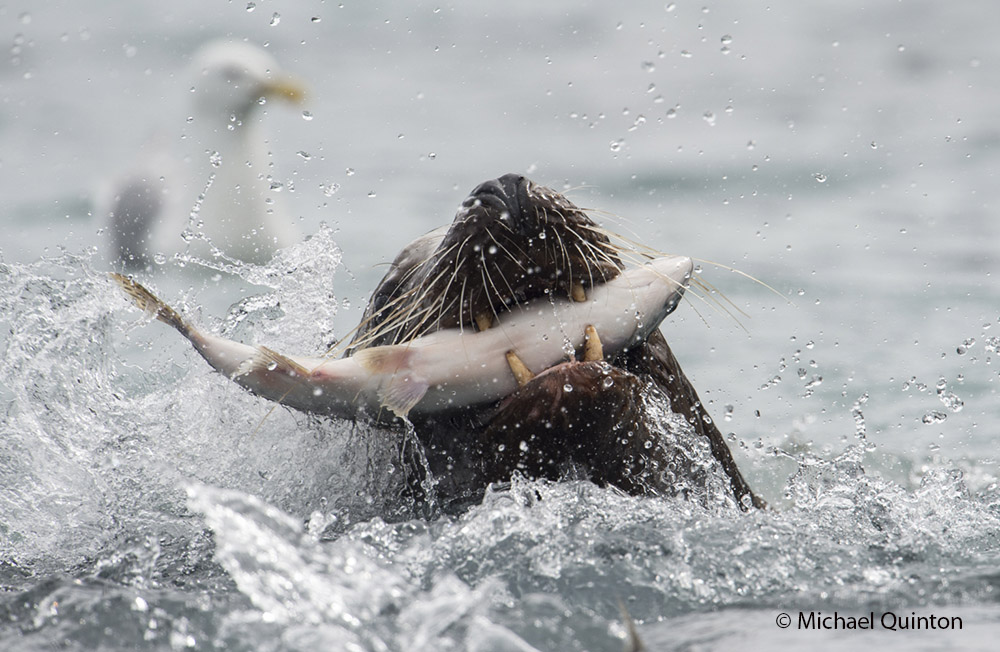 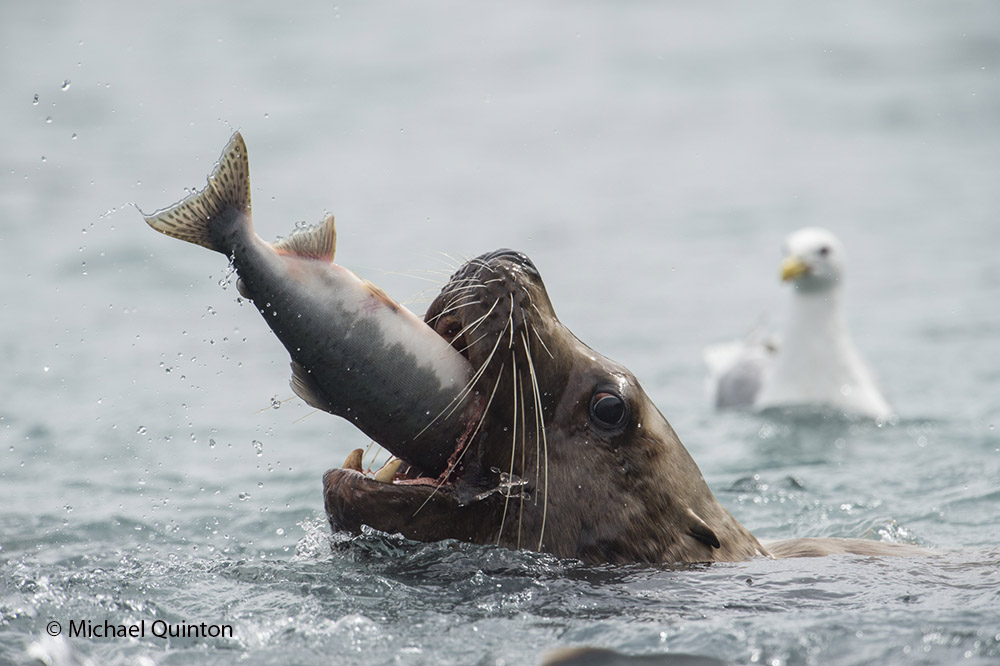 Another salmon down the hatch.  Large males weighing well over a thousand pounds need a lot of salmon. 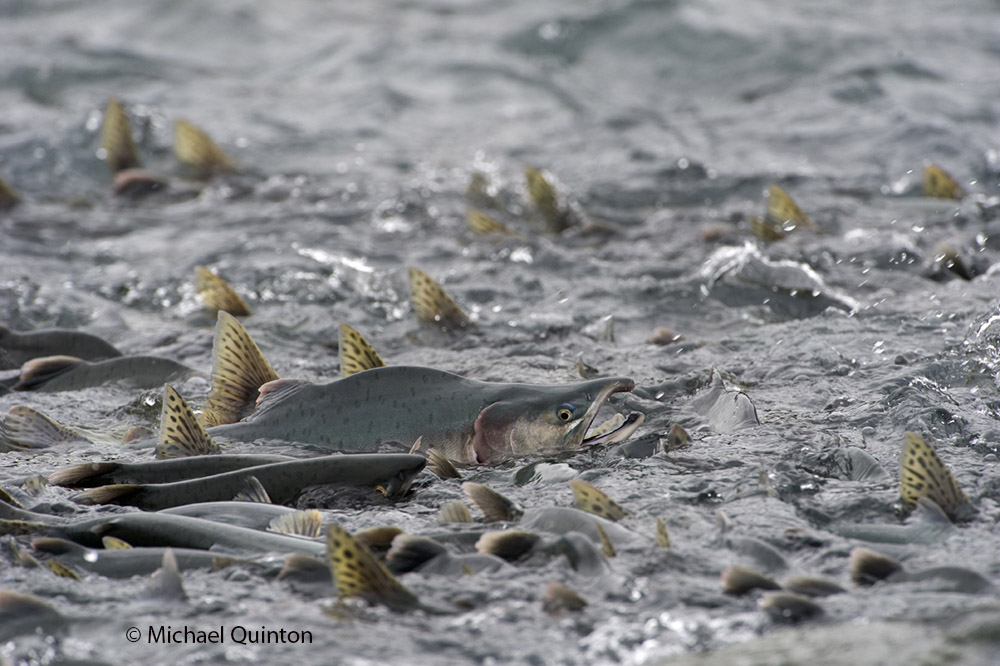 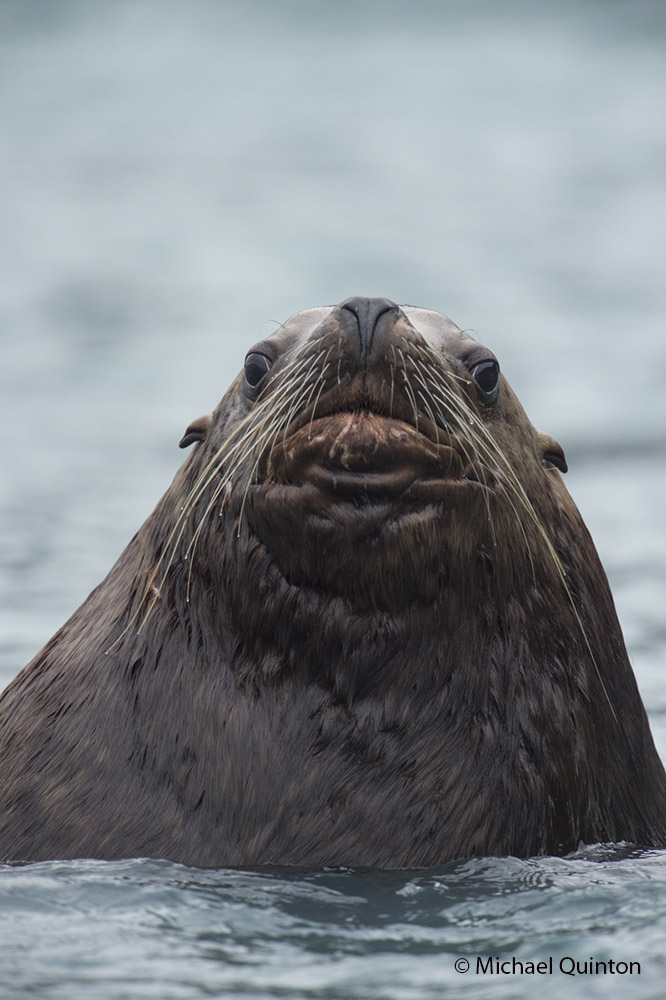