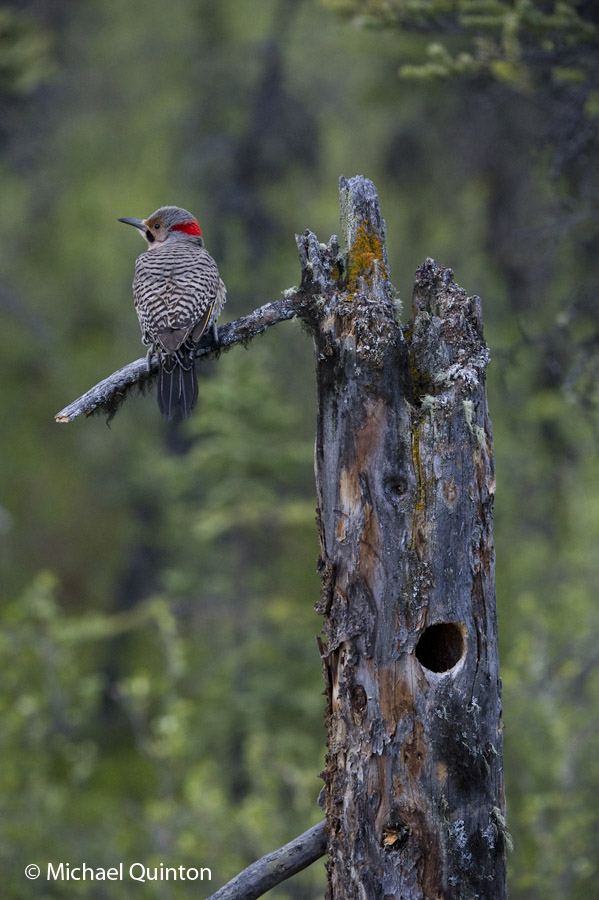 By the end of May one pair of flickers I had under observation had settled into a routine.  After their first egg was laid in the cavity the male no longer called from the nesting snag.  Now the calling and most of the drumming was taking place at another dead snag about a hundred yards to the north. 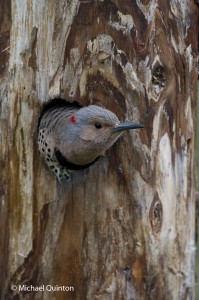 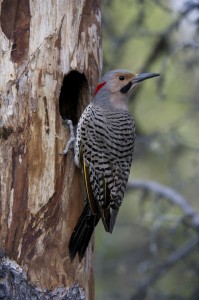 Both adults spent time at the cavity, usually inside peering out.  They may have sat on the eggs a bit but not really incubating.  Often the male spent his time inside the cavity preening.  When the female arrived for her shift, the male immediately left.  After a few cautious peeks into the hole she would slip in and remain for approximately thirty minutes.  When the male arrived back at the nesting snag, the female would quickly emerge and fly to a nearby snag crouching low on a branch.  The male flew to her, hopped onto her back and they mated.

The accompanying photographs were taken from a photo blind twelve feet high in a spruce.  The wind was blowing hard enough to toss me around like a cork on high seas and making composing the photograph quite impossible.  Guy lining the tree down with climbing ropes made photography possible.

On June 5th there were seven eggs in the nest and incubation seemed to have begun.