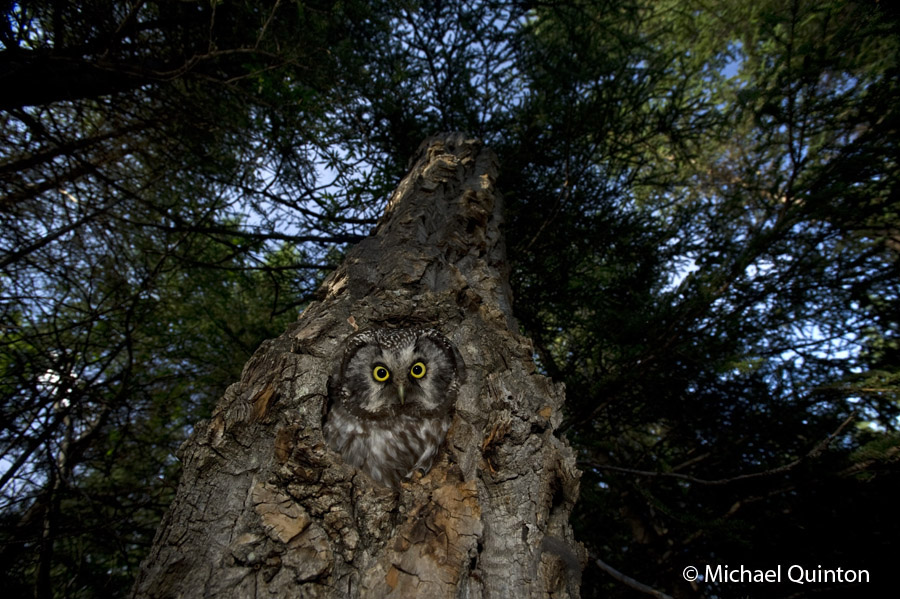 Female boreal owl peeks from her nesting snag to see who is there.

For over a month I have been monitoring the female in the nesting cavity. A couple of times a week I would walk into the dark spruce woods and scratch the bottom of the dead poplar snag making a sound like a red squirrel climbing.  Instantly her round head pops out and she stares down at me. 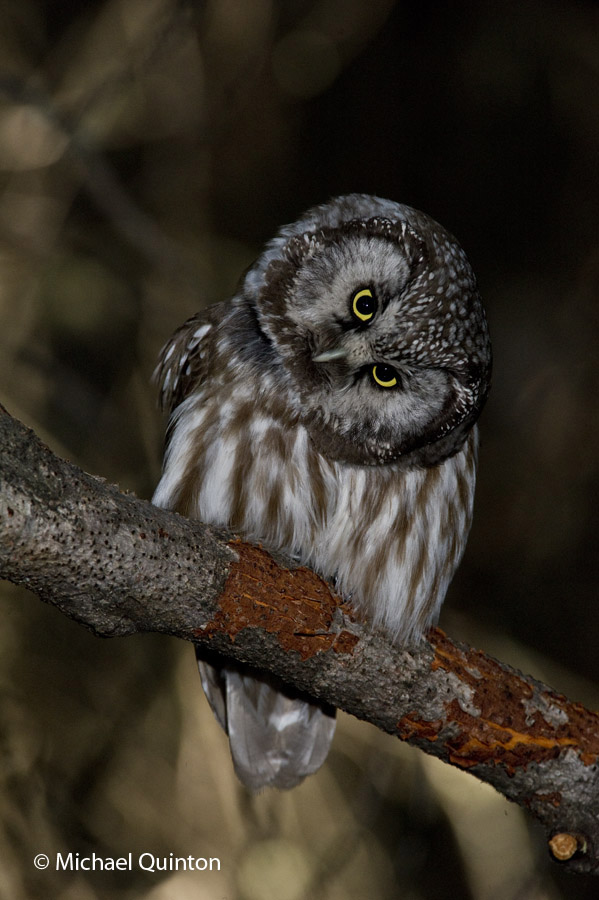 Male boreal owl perching in the dark spruce forest near the nesting snag.

But where has the male gone?  I have not seem him for over a month, since the day I first saw the female in his territory.  I have spent many hours wandering the spruce woods looking for him.  And, his calling has stopped.  I guess there is no longer a need to advertise his nesting snag and territory.  But I fear he has vanished.  Could he have abandoned his territory just as a mate has appeared?  Did she arrive too late in the season?  What about the local great horned owl?

Early this week, I again climbed the ladder with my mirror and flashlight and looked inside the hole.  There were four eggs and a single day old owlet.  This was by far the tiniest owl I had ever laid eyes on.  Also in the nest was one an a half  red-backed voles  and a headless fledgling bird, perhaps a young junco.  I knew I could stop worrying about the male because not only was he still here but his hunting/providing instincts have kicked into overdrive. 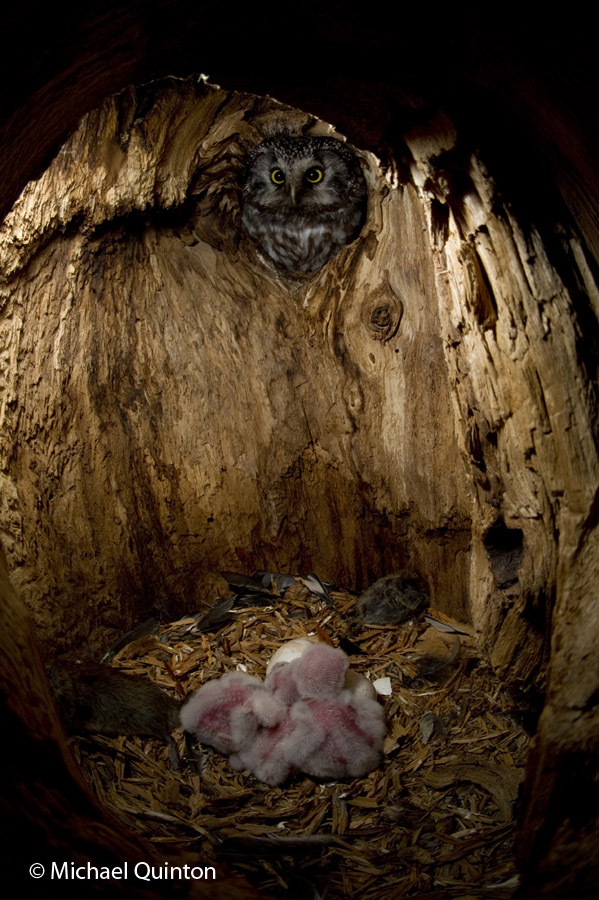 Female boreal owl looks into her nesting cavity before climbing in. 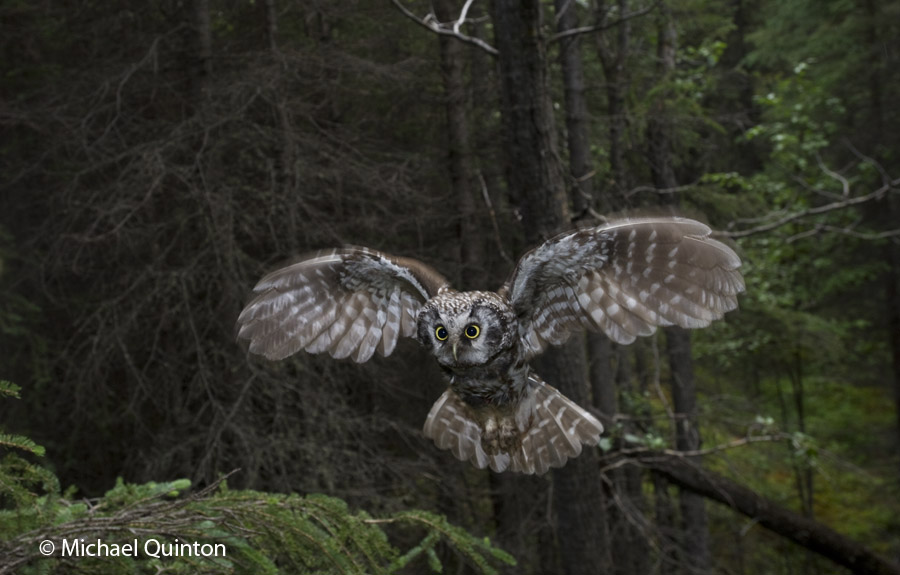 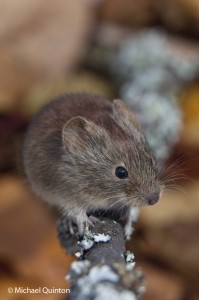 The red-backed vole is the most important prey of the boreal owl.

The boreal owl, like most owls, is nocturnal.  But in the Alaskan interior there is no real night for several weeks so it must hunt the twilight hours. Nesting boreal owls have separate duties.  While the male does all the hunting, the female incubates the eggs and broods the chicks.  Being a bit larger than her mate, the female also protects the nest and young.  The most common threat comes from red squirrels. 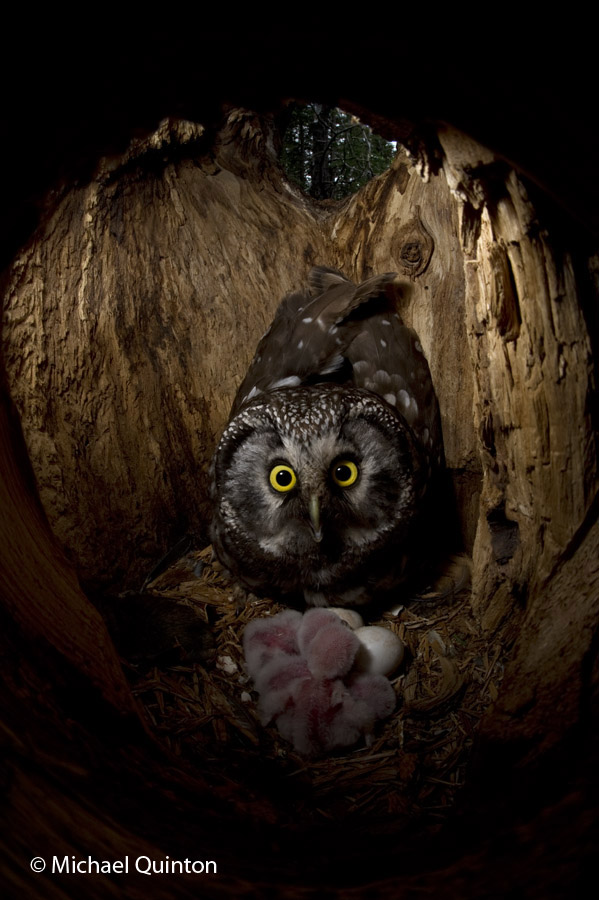