All summer and fall dall rams have shunned the groups of ewes and lambs.  The rams prefer the high country where they hang out in small bachelor bands.  With the approach of winter their association begins to fray as they begin to sort out a pecking order.  The rams stand in tight groups, displaying their massive curls trying to intimidate. They kick, growl, shove, and finally engage in dramatic displays of head butting.   For the most part dominance has been been sorted out when they join the herds of ewes and lambs already on the winter range. 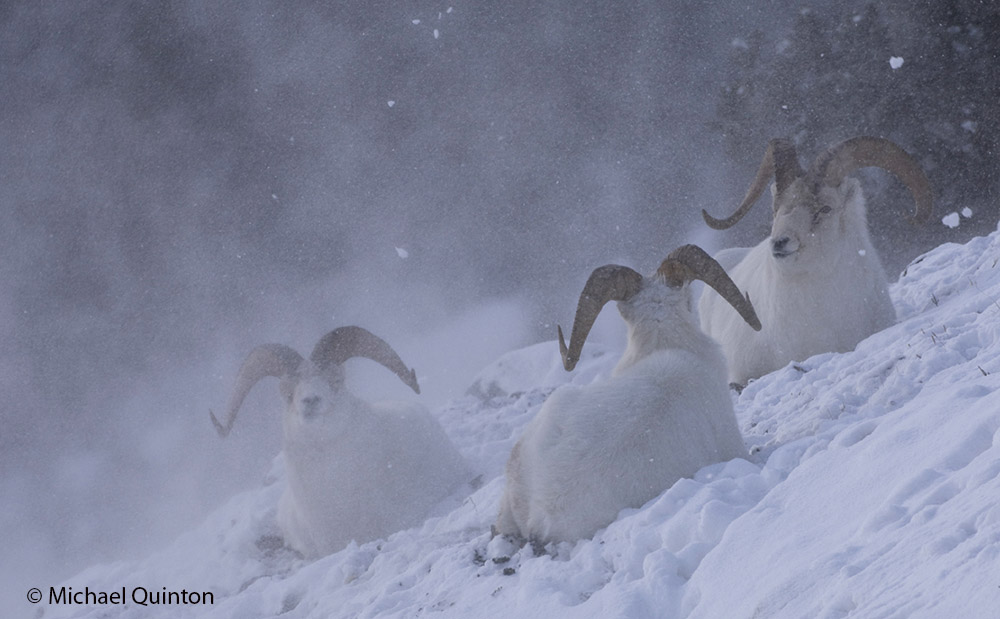 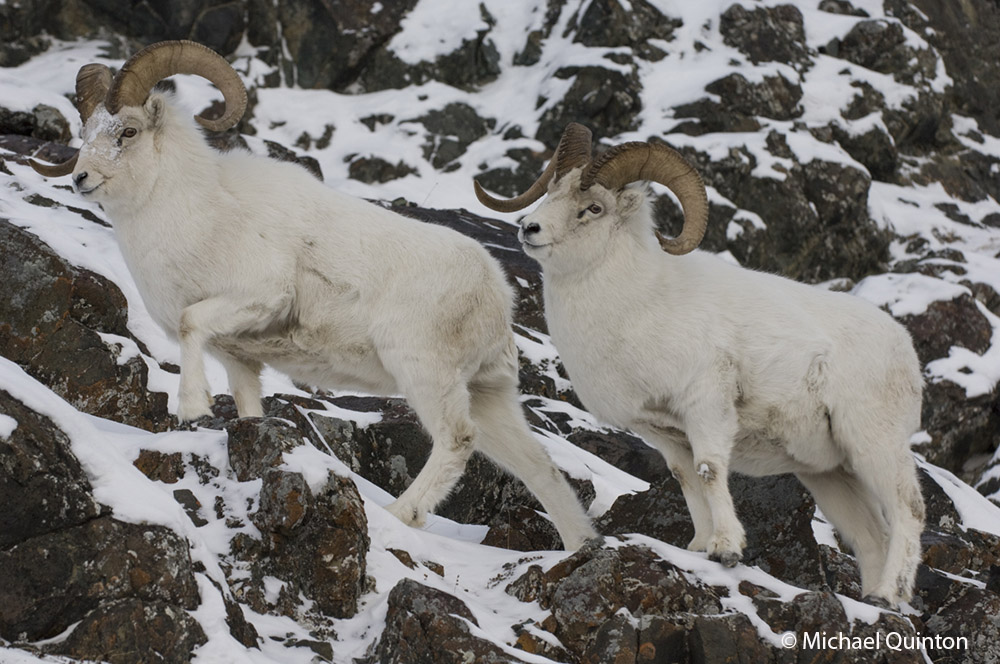 A couple rams searching for ewes. 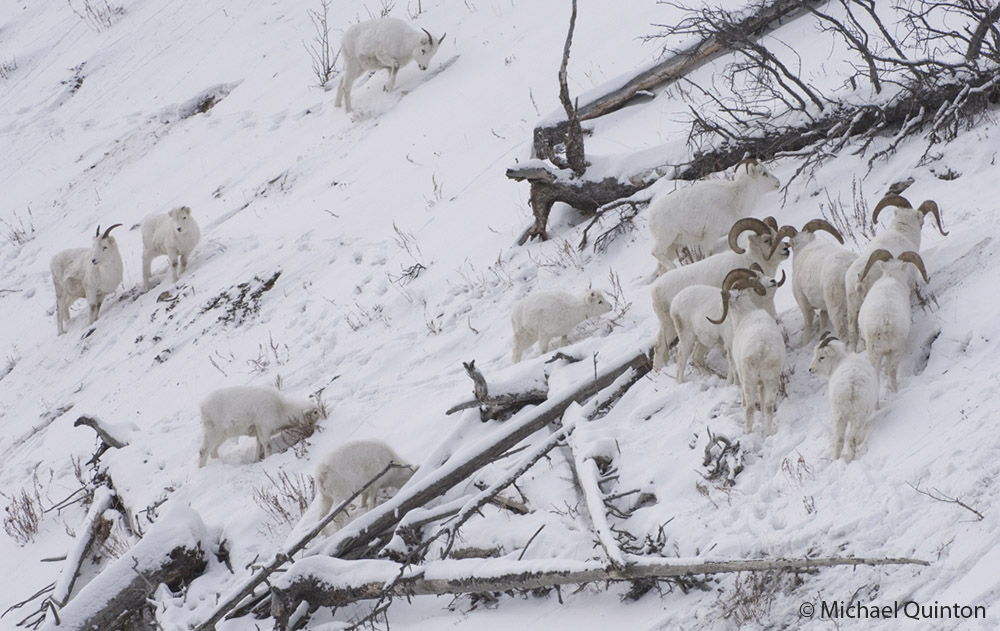 Dall sheep on the winter range. 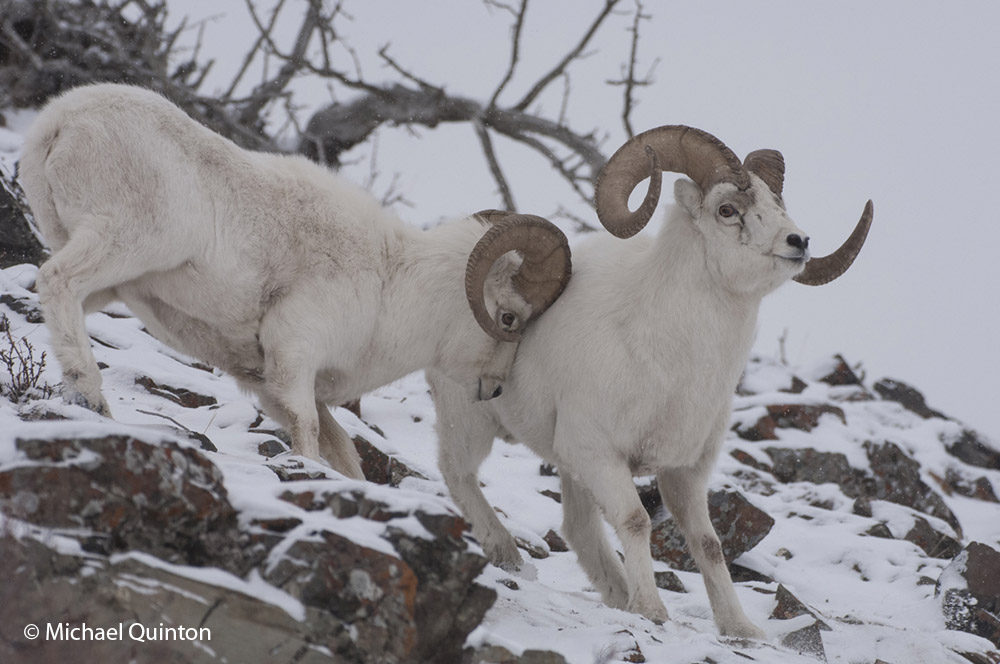 The ram on the right is dominant but a smaller ram tries to improve its status. 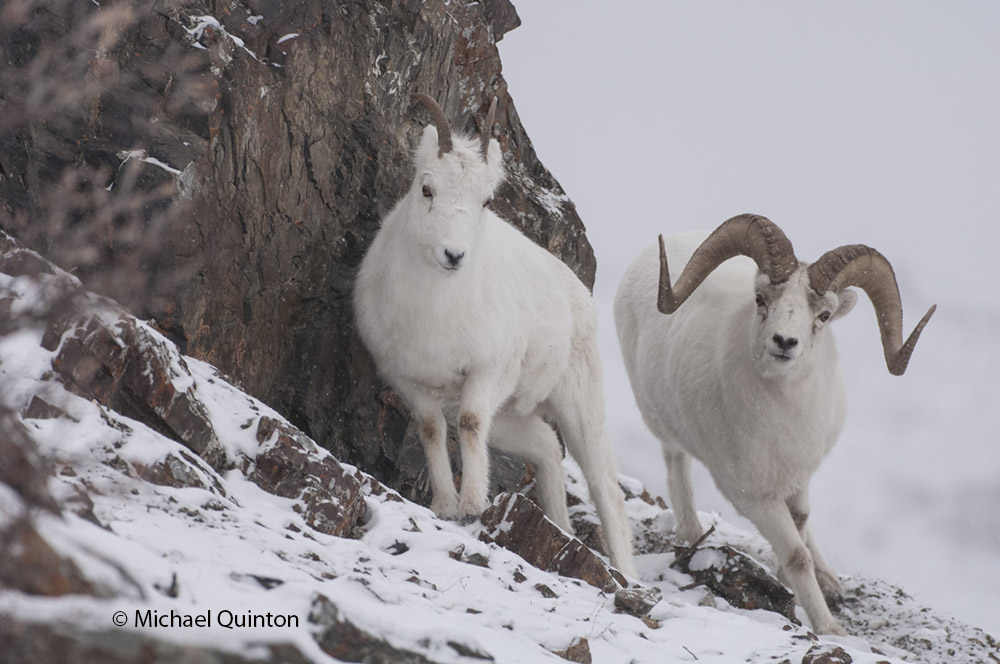 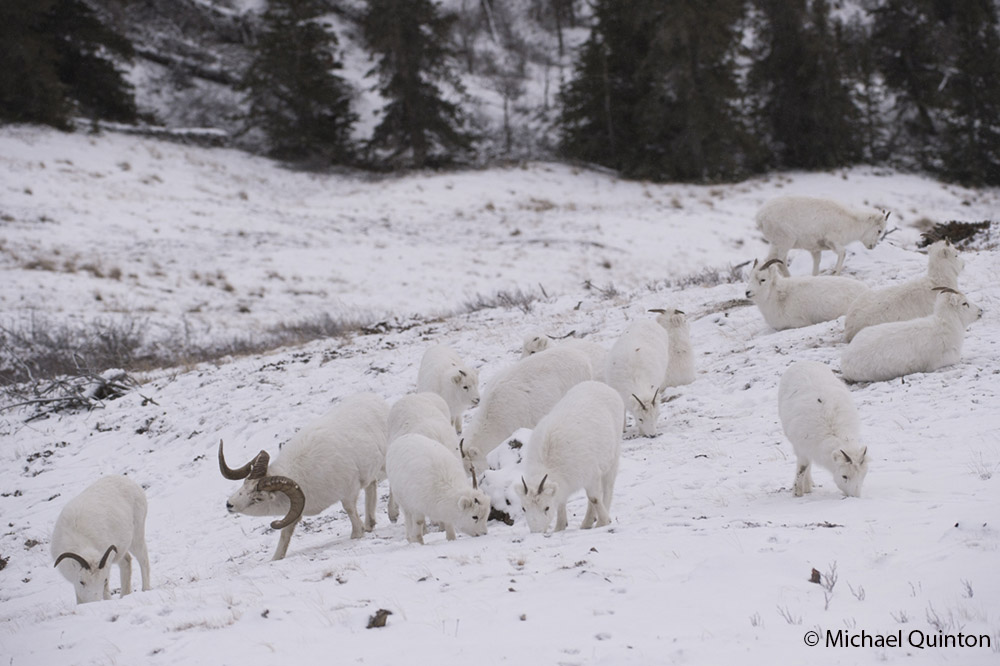 Large ram visits each ewe in the herd to check on their breeding status.  Ewes tend to come into heat one at a time. 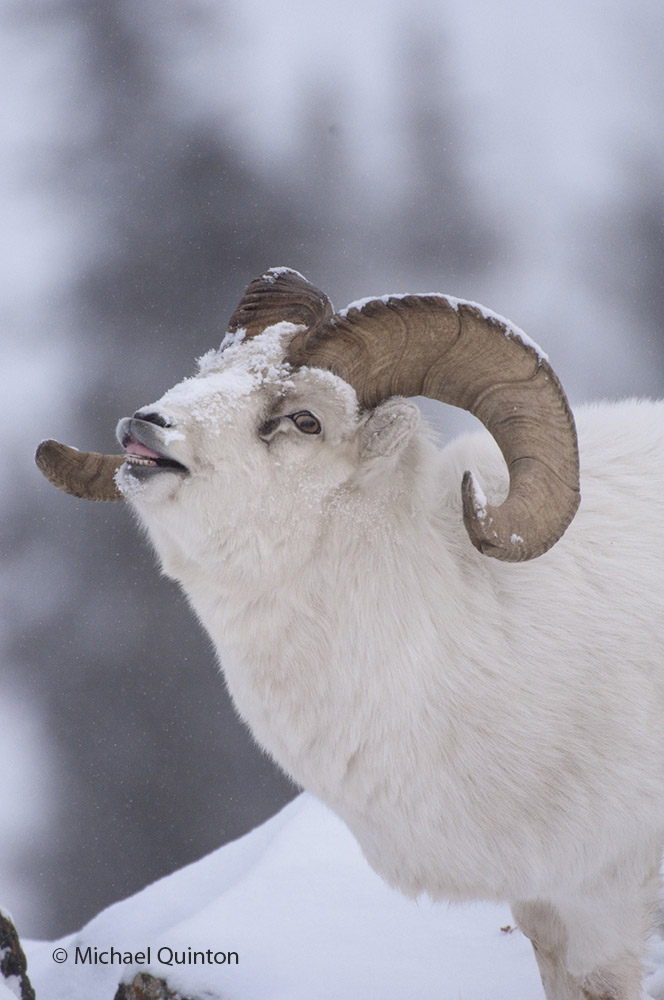 Ram lip-curls testing the scent for ewes in heat. 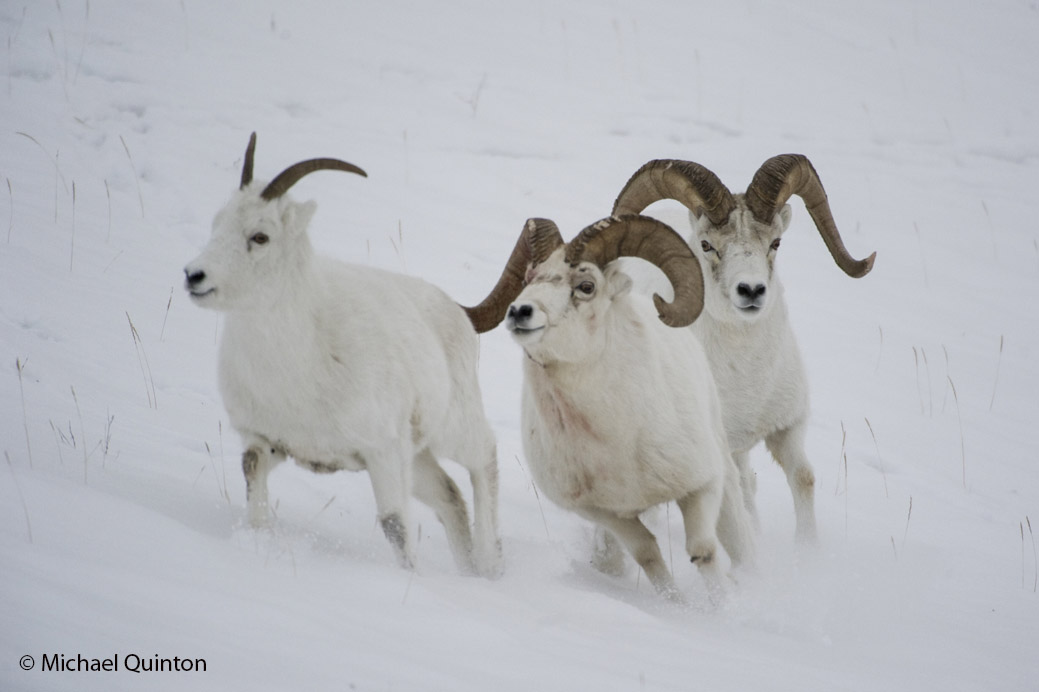 Rams pursue a ewe in heat. 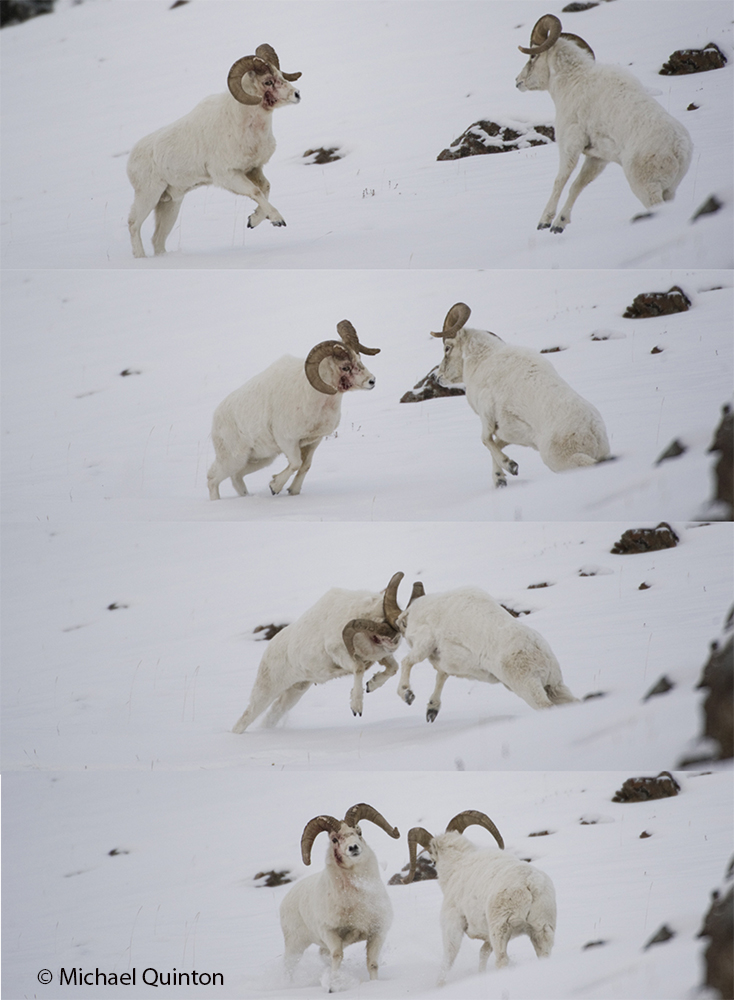 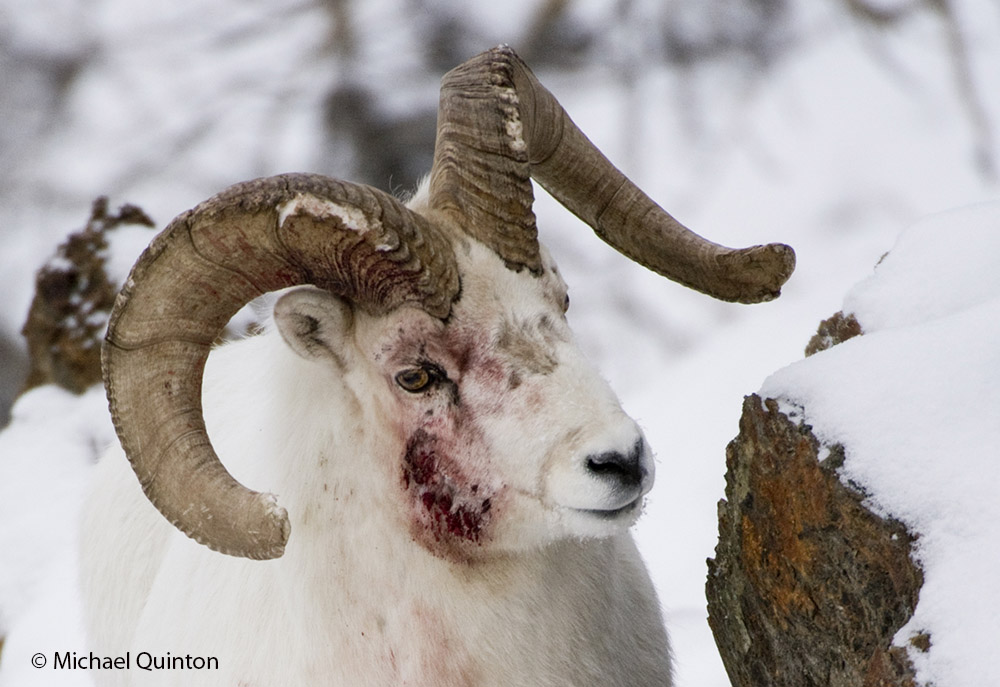 Horns chipped and broomed from fighting, this dominant ram received a gash over his eye. 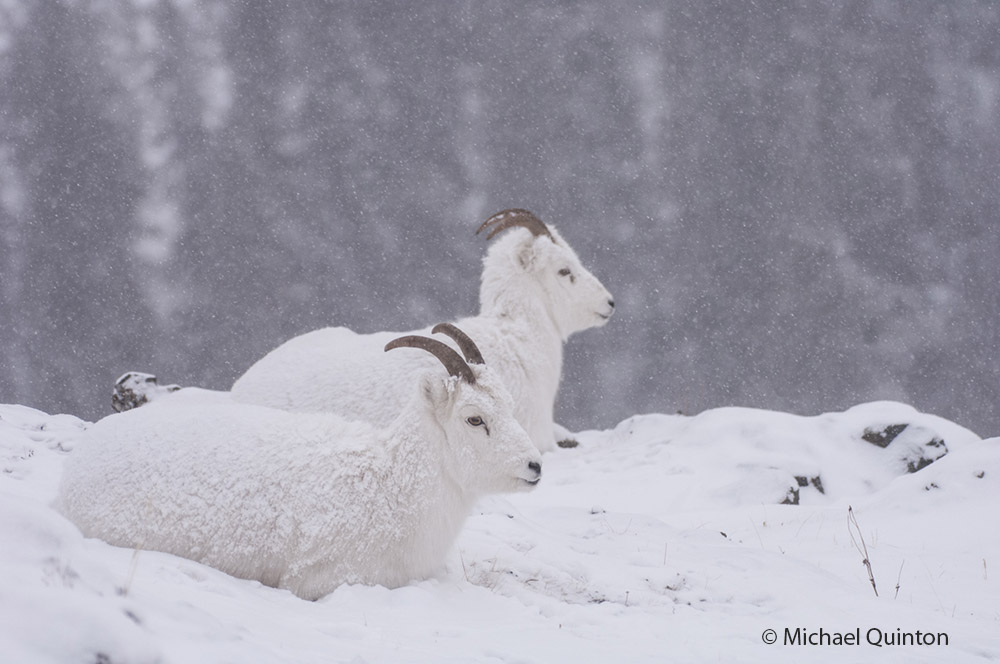 One thought on “RAMS IN RUT”