Taking a peek into a tributary of the Copper River in Alaska’s interior reveals a rarely witnessed but prehistoric cycle of life.  Traveling nearly three hundred miles up the Copper River through a soup of glacial silt, sockeye salmon have reached their gravel spawning beds. 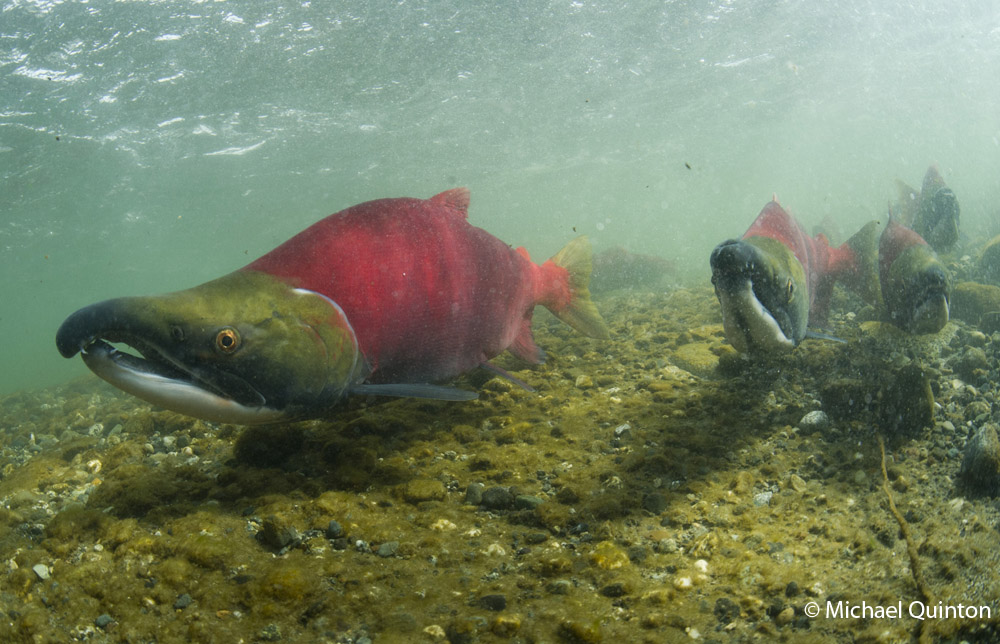 Since leaving the ocean and entering fresh water, sockeye salmon undergo dramatic changes.  Their silver skin turns to crimson red and their head becomes green. The male sockeye develops a wickedly hooked jawed, an aggressive attitude, and a one track mind to reproduce. 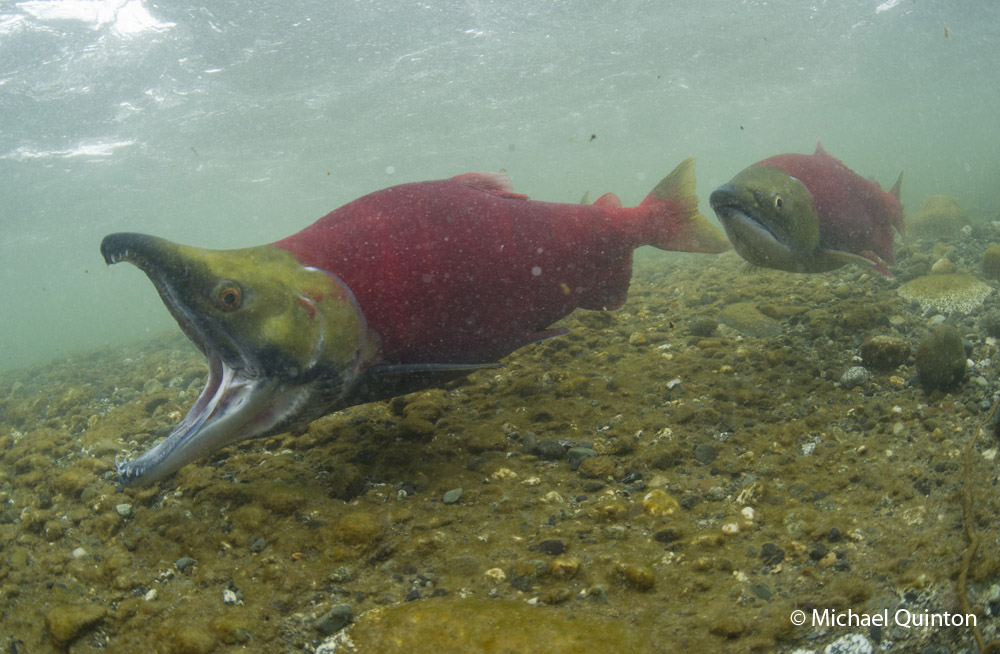 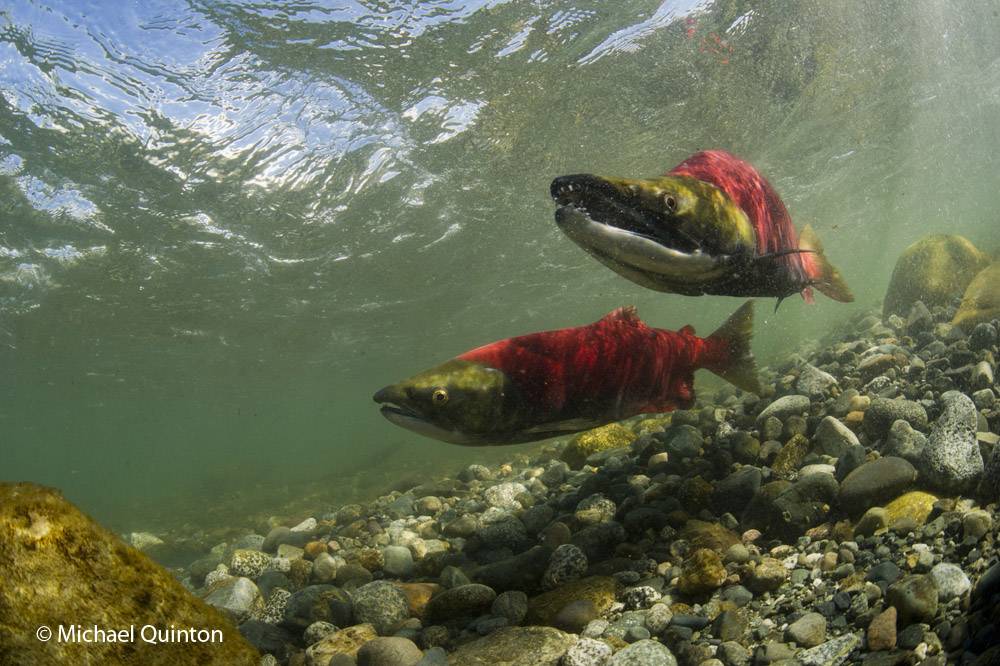 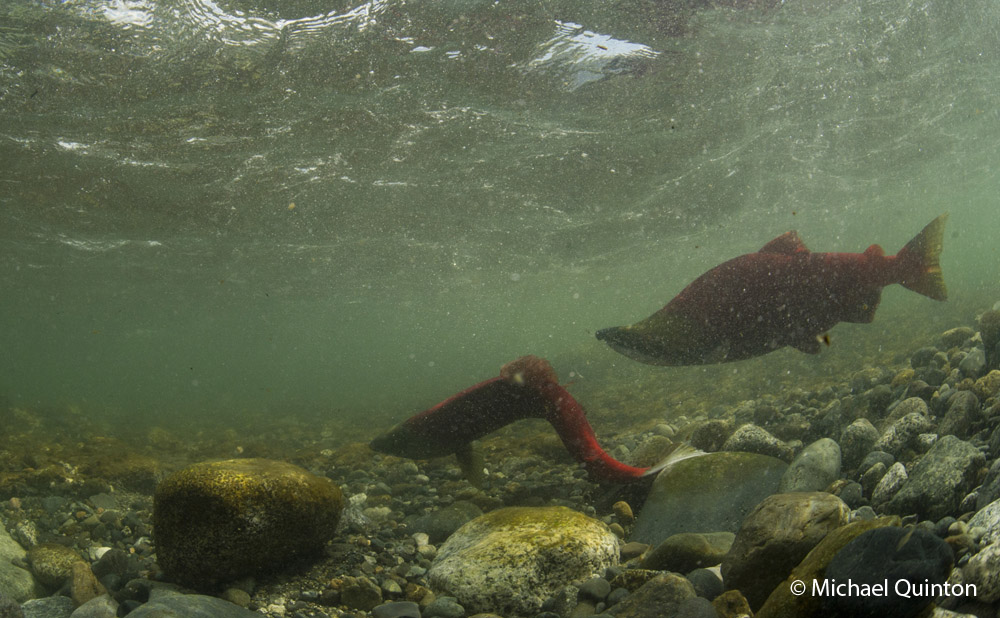 Females dig their nests or redds. 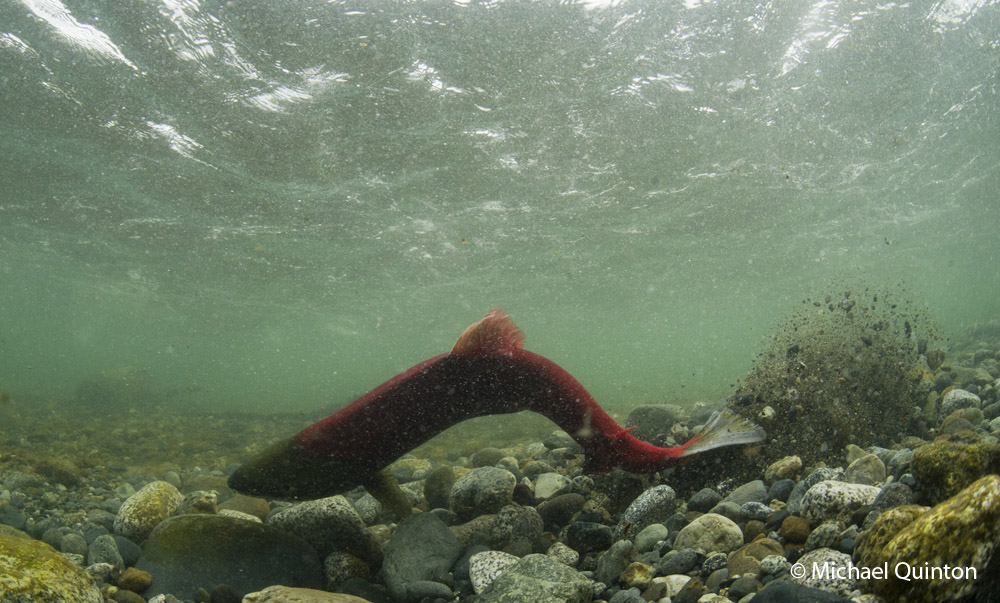 With her powerful tail, the female digs into the gravel forcing out sand and dirt  which would smother the eggs.  Clean gravel will provide an oxygen rich habitat. Here she will deposit her eggs and the male will fertilize them. 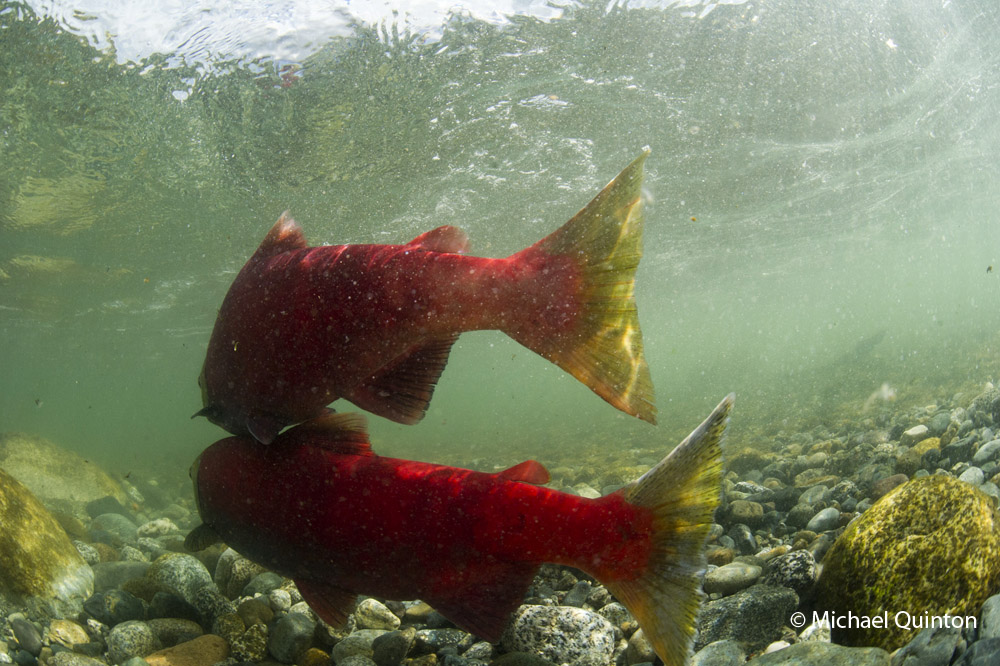 A pair of sockeye salmon dance their final dance.  After spawning they will die.