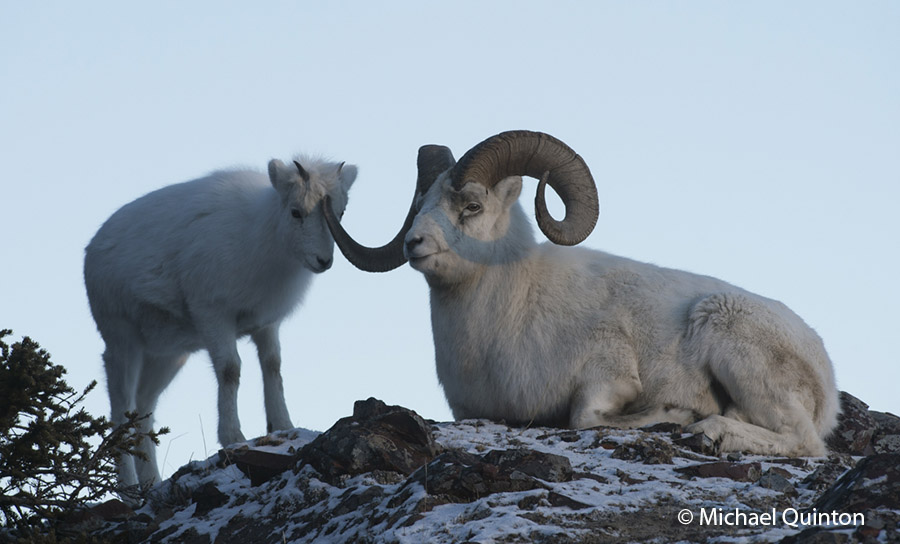 “Some day I’m going to be king of this mountain.”

Once again I have made the trek into the sheep hills to photograph the majestic dall sheep.  Its getting tougher, the mountains bigger, but fear if I ever quite, I’ll probably just keel over.

As I struggled up the mountainside towards the distant white dots, I paused on the edge of a deep canyon to catch my breath.  From across the canyon and out of the deep green of the spruce forest came a shrill screaming.  Sounding like the death scream of a snowshoe hare, just not quite.  I had an idea what was making that sound.  An hour later I stood among a group of ewes and lambs. Suddenly  the whole herd spooked.  They dashed to a ridge top and stared back down. 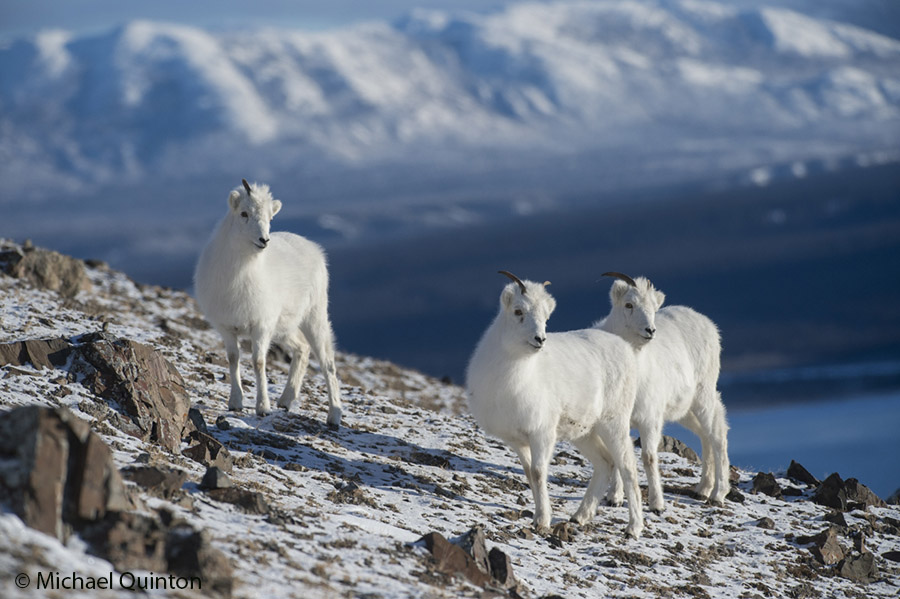 When I looked through my binoculars or telephoto lens my glasses kept fogging up.  But finally I noticed a subtle movement. 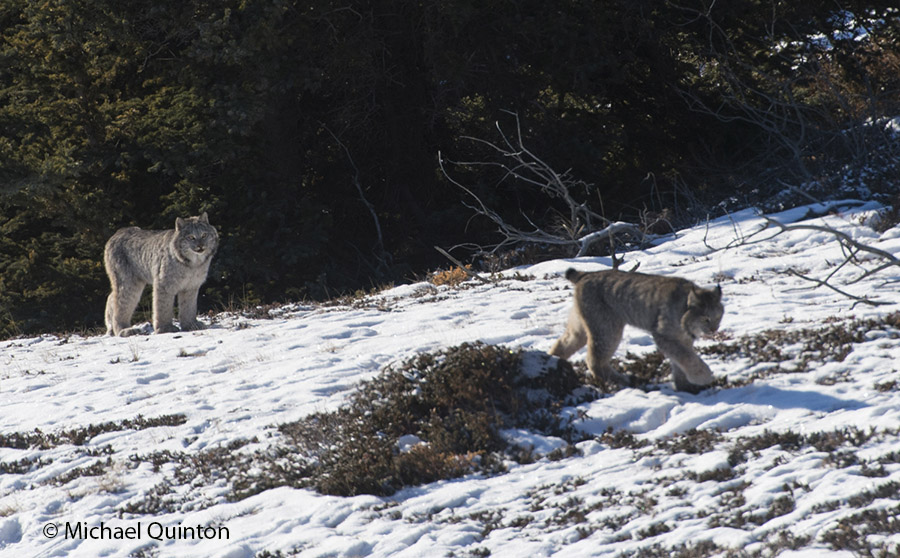 A pair of adult lynx came into focus.  They were going to cross the rocky slope below me!  I began a hasty stalk to close the distance but was quickly spotted. Both lynx gave me a short stare then immediately took off back towards the safety of the canyon and forest.  I was amazed by their speed, and their caution.   When they spot a human, lynx are often rather casual, either stopping to stare or slowly melting back into the scenery.  But not these two.  Had they come to these slopes to hunt dall sheep lambs?   With such speed, they were certainly capable of preying on the delicate lambs.  But where was their stealth?  They must be just traveling. 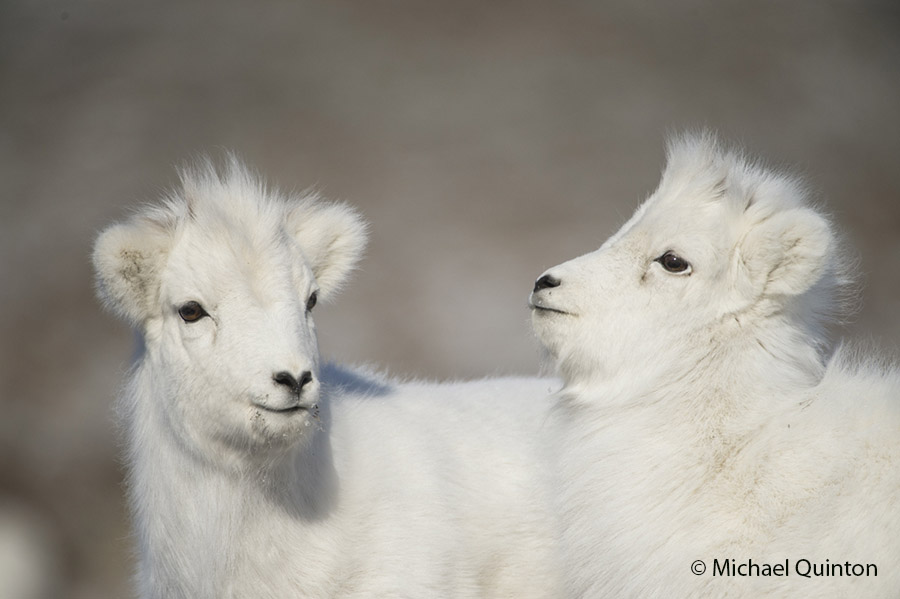 Lambs of the year are curious but quite jumpy, very aware of their vulnerability. 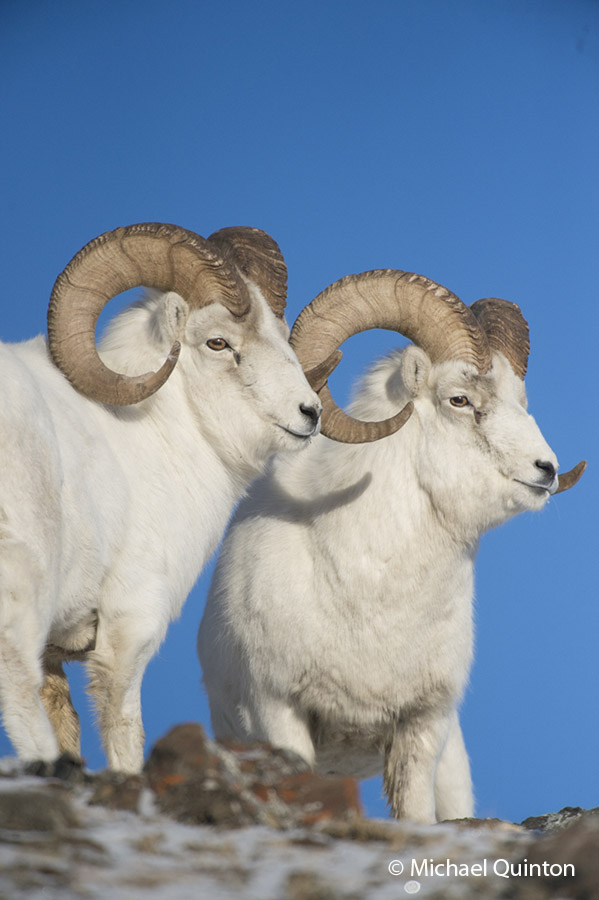 Though these two rams are not likely to be targeted by lynx, they do keep a watchful eye for larger predators, mainly bears and wolves. 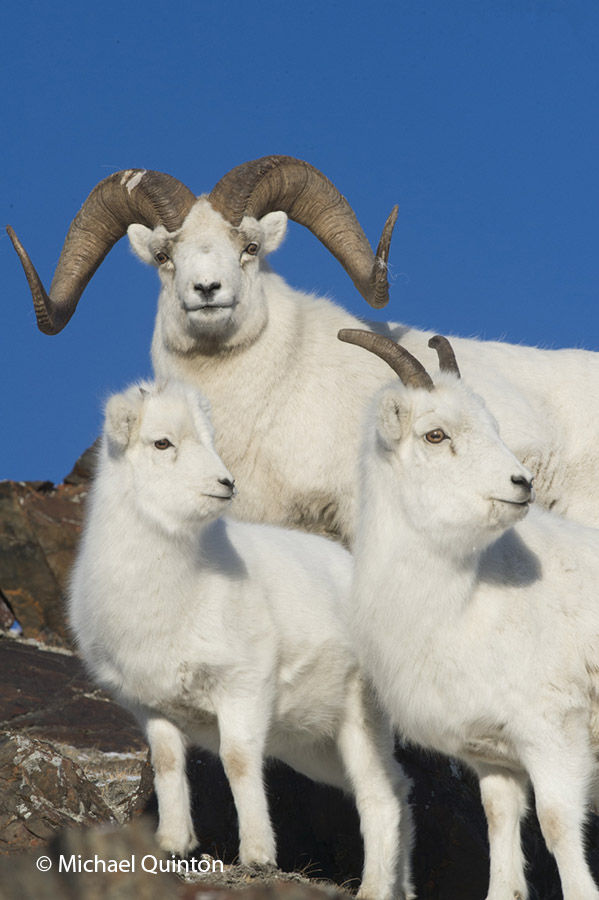 Lamb, ewe and large ram pose for the photographer. 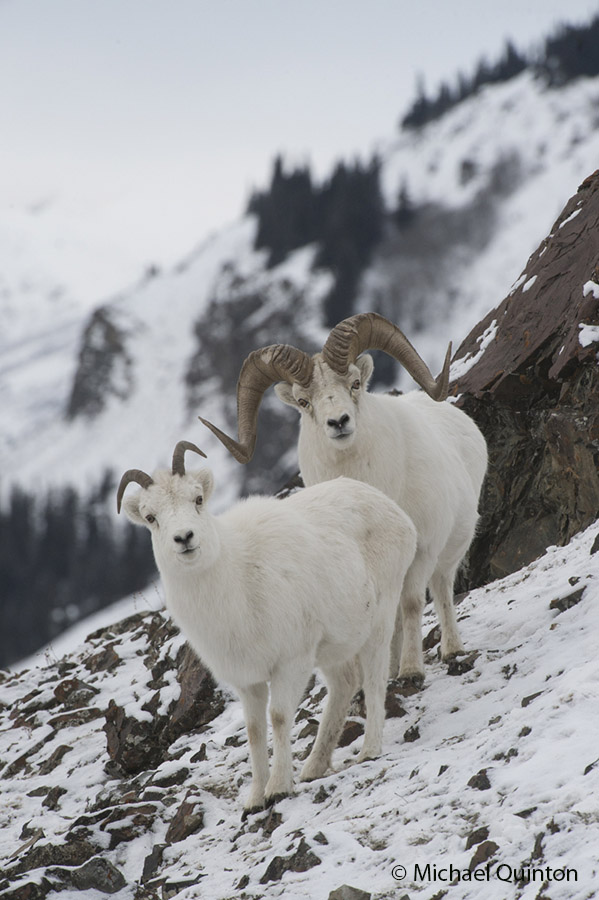 Competition among the rams is intense during the rut.  Though the large rams are dominant, they are often outmaneuvered by much smaller rams who use speed to their advantage. 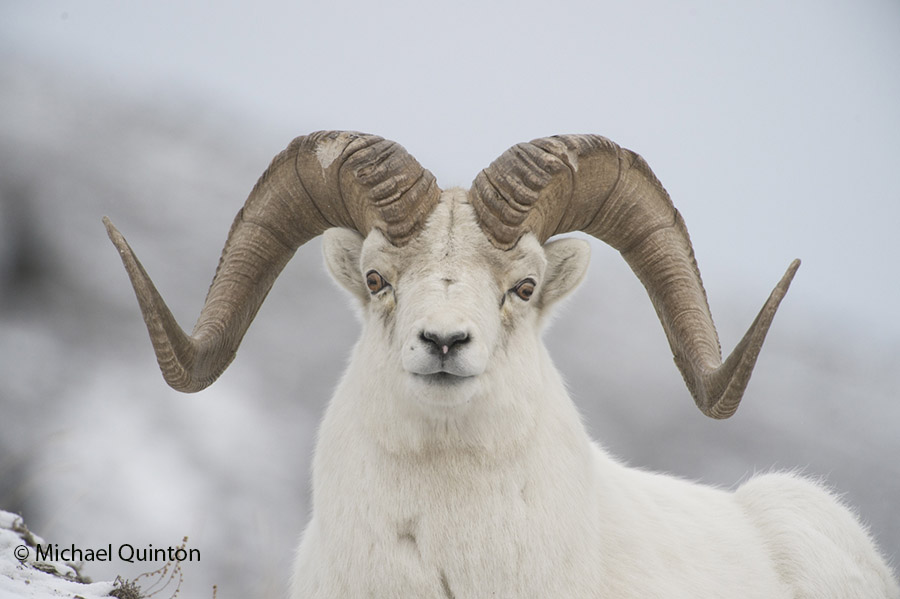