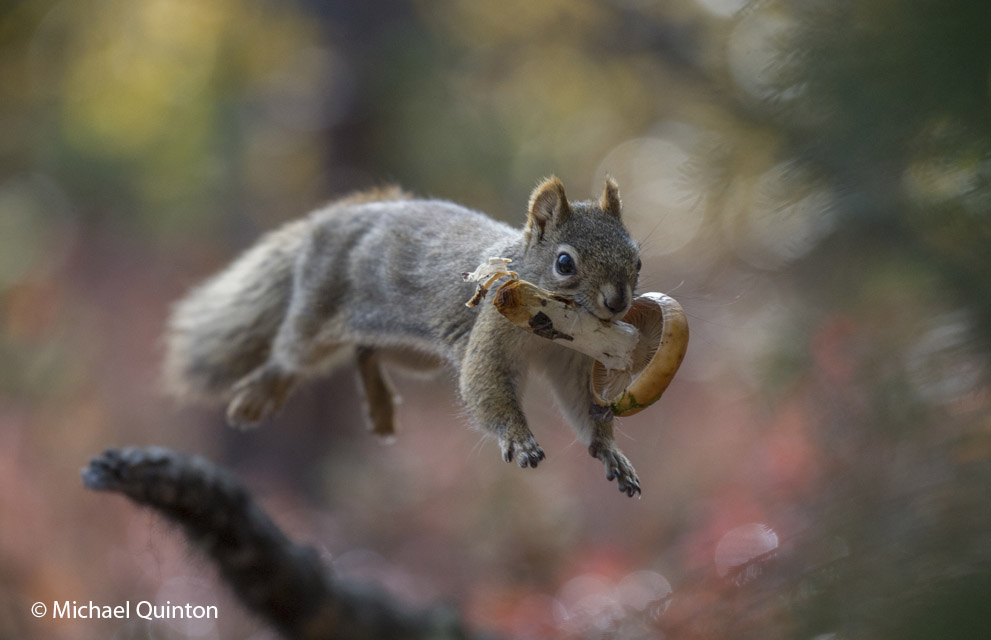 Red squirrel carries mushroom which will be added to its growing winter larder. 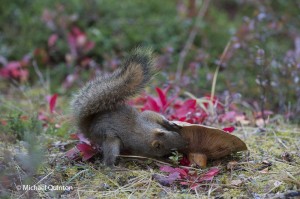 Each fall in preparation for a long, cold winter red squirrels here in Alaska begin a frenzied gathering of food.  Their hoarding behavior has very important survival benefits.  Gathering food in the fall, before snows arrive will save time and energy.  During the short days of winter red squirrels need to conserve their energy.  When snows cover the forest floor red squirrels are more exposed to predation and the less time they must spend searching for food the better.

Mushrooms are vitally important to the local red squirrels because their main food, spruce cones were nearly absent this year.  Luckily last years bumper crop of spruce cones left many  with enough for the coming winter.  Most of the cones still on the trees are dry and have long since opened releasing the tiny winged seeds to the wind.  Some squirrels have their pantries still bulging with  cones buried last year in stashes around their territories.  buried cones stay cool, moist and tightly closed, keeping their seeds within until a squirrel pry off the cone scales to get at the tiny seeds.  Of course, red squirrels in different habitats may hoard other foods. 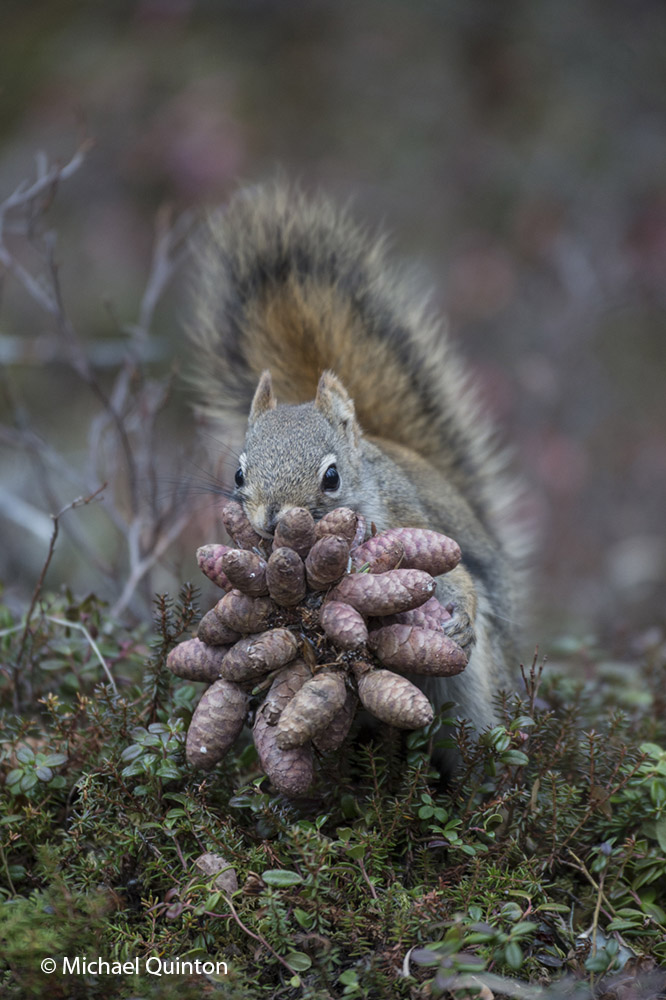 This fall some of the squirrel territories had some spruce cone production.  The small cones grew in clusters.  Red squirrels normally carry cones one at a time, but the clusters were hauled in one piecec saving a lot of time and trips. 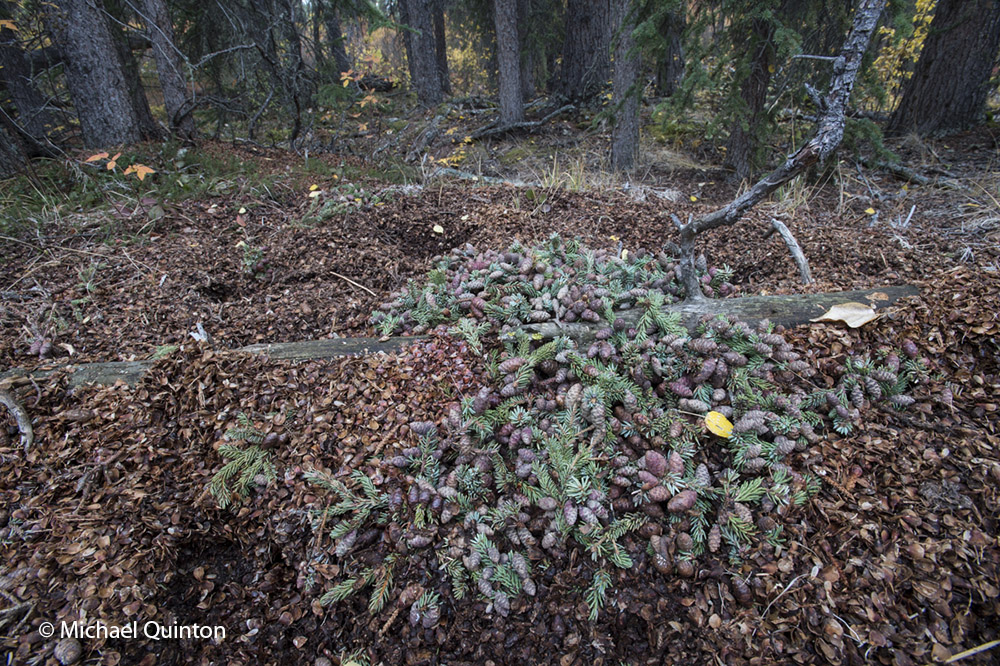 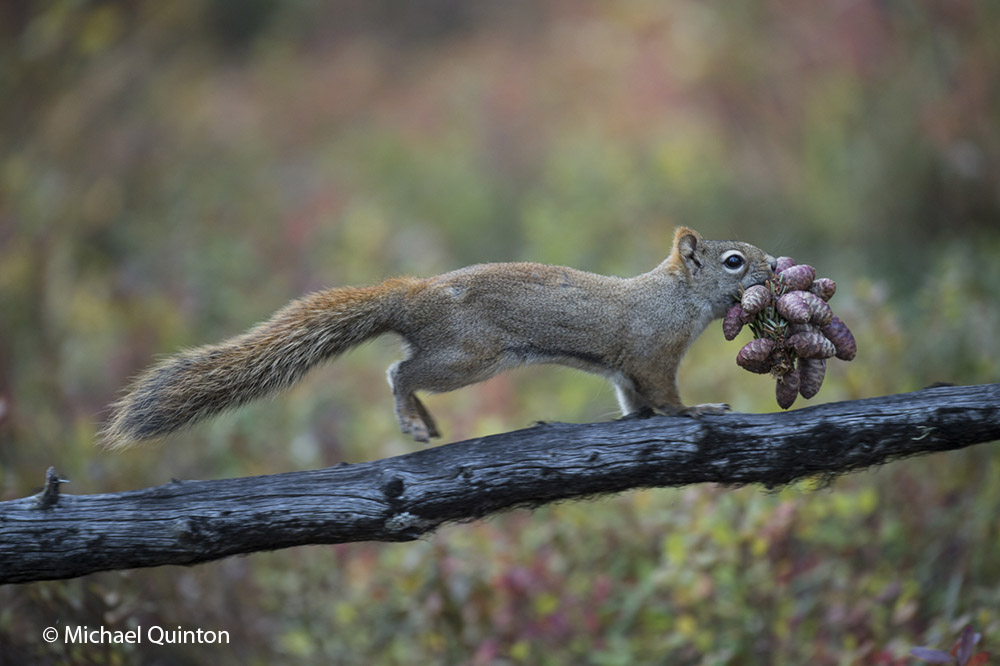 Red squirrel carries a cluster of small spruce cones back to its midden. 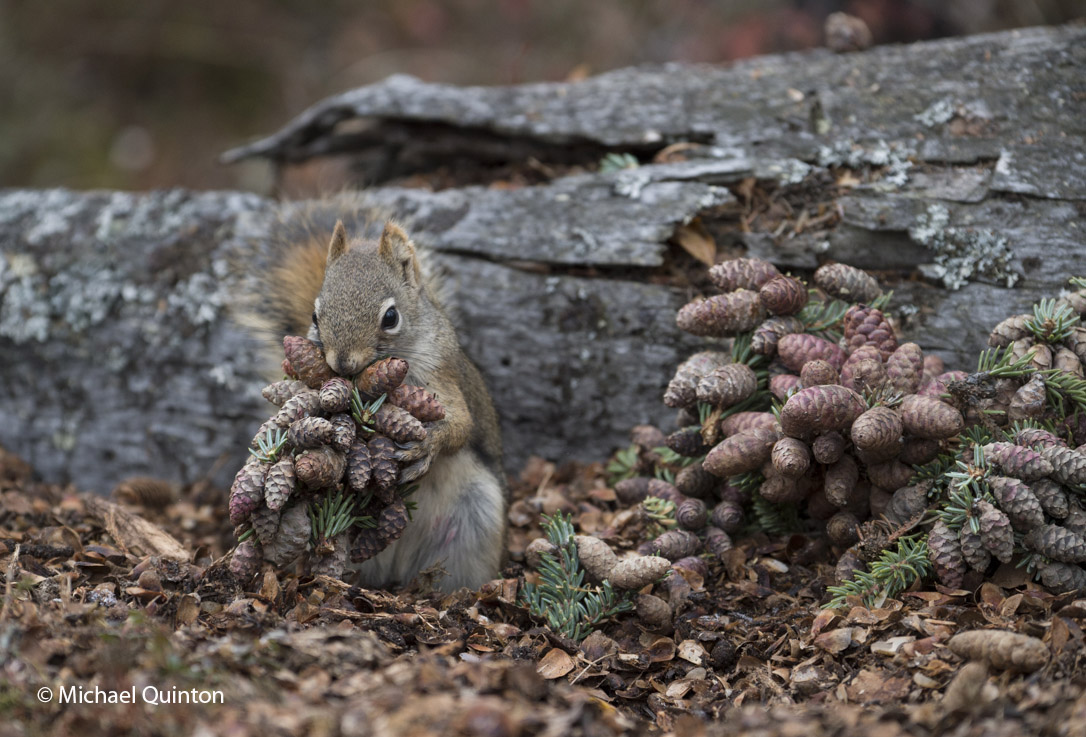 At the midden, a red squirrel arrives with more cones. 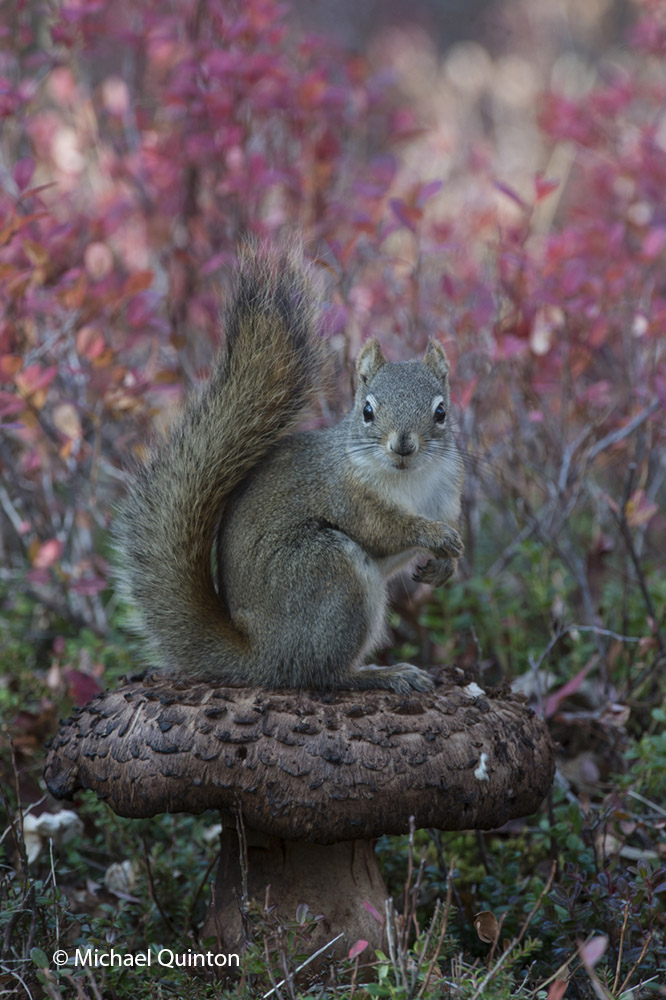 Red squirrel wonders how to get a huge mushroom back to its midden. 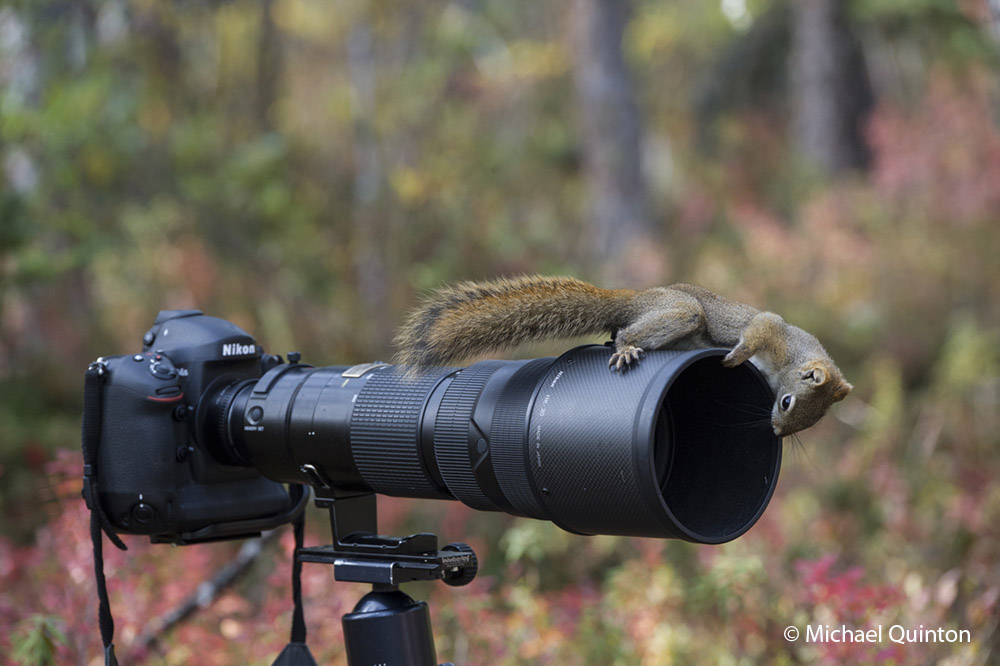 Photographing red squirrels is fun but challenging.  I photographed the squirrels for more than a month to get these photographs. Sometimes the curious red squirrel is more interested in checking out my equipment than hoarding its winter larder.